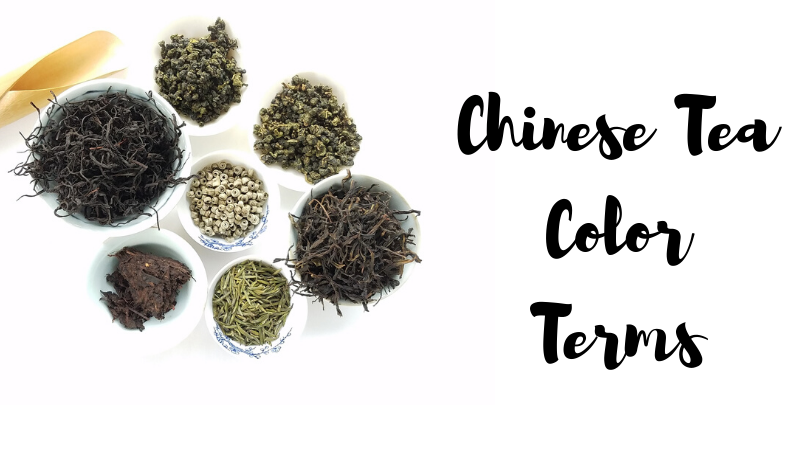 One thing that new tea drinkers often struggle with is understanding all of the Chinese tea color terms that are used to describe tea. I thought it might be fun to make a simple infographic. Most of these terms are pretty straight forward with a few exceptions.

Wulong and oolong are used interchangeably for the most part. The supposed origin is a translation of the Chinese words for black dragon. In China, these also might be called Qing Cha, or semi-green. I rarely see that term used though.

In China what the western world calls black tea is referred to as red tea. It got that name because when you brew it the liquor has a reddish appearance. That causes a heck of a lot of confusion in the tea world because rooibos, an herbal tea from South Africa, is often sold as red tea.

Puerh and other types of fermented tea are referred to as hei cha or black tea. Shu puerh is really dark so that makes some sense. However, sheng puerh is also hei cha even though it’s very green in appearance.

I don’t speak Chinese but over the years I’ve become quite familiar with the words that are used for tea. I’m planning to put a few more of these together soon. There might even be some Japanese ones in the future. If there’s anything you’d like to see, feel free to let me know in the comments!

Did any of these Chinese tea color terms surprise you? Let me know about it in the comments below!