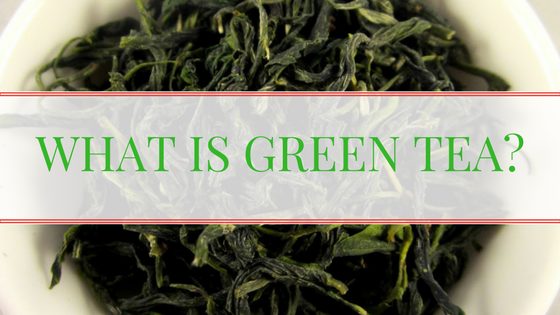 Humans have been cultivating and drinking tea for thousands of years. Green tea was the only type that existed for the majority of that time. Sichuan Province is generally considered to be the birthplace of the smaller leaved var. Sinensis. Tea cultivation and its use as a medicine soon spread to surrounding areas.

Prior to the Ming Dynasty, it was a bit different than the form that we know today. The leaves were pressed into cakes, then ground into a powder, and whisked into a froth. This preparation method was later adapted by Japan to make matcha. The Tang Dynasty brought tea drinking to a whole new level as it became a cultural art form.

Many people don’t realize that the first tea exported from China was green tea. Spring picked “Hyson” and “Singlo” were favored by the well to do of England and America. A significant amount of green tea was even dumped into the harbor during the Boston Tea Party. More oxidized tea varieties eventually became more favored by the western world because they were better able to survive the long sea voyage.

There are more types of green tea than I could possibly list here. Green tea is produced in many other corners of the globe. China and Japan are the dominant producers, though. This makes sense as they have the longest history of tea growing. These are my favorite kinds:

Let me know in the comments if there is a tea I missed that should be on this list!

Green tea is defined as a tea that is not oxidized. The leaves are withered for several hours in order to reduce the moisture content. This process also softens them, making them more malleable. Heat is then applied in some way in order denature the enzymes that cause oxidation. This step is often referred to as the “kill green” for that reason.

Chinese green teas are usually heated in a wok-like pan whereas Japanese green teas are steamed for a short period of time. Some types of green tea, such as Dragonwell and Bi Luo Chun, are shaped during this period. The leaves might also be dried afterward using an oven or commercial dryer.

Green tea is generally described as having a vegetal taste. They can certainly be more complex than that. I feel like green tea sometimes gets ignored in favor of sexier, more aromatic teas like oolong. Although the taste can be much more delicate a good green tea is well worth the effort. Chinese green teas will often have a floral, nutty character. Japanese green teas, on the other hand, are almost oceanic tasting.

Green tea is almost always brewed with lower temperature water. When using a western method, water temperatures are usually around 175° Fahrenheit. Steep times can vary between 1 and 3 minutes depending on the tea. Leaf volume might vary a bit but most teas will call for 2 to 2.5 grams of leaf per 8oz cup of water.

Green teas can be brewing using gongfu methods but they do require a bit more care. Your water temperature should be in the 175° to 185° range with infusion times no longer than 30 seconds. I don’t recommend using yixing clay or other thick-walled vessels because they retain too much heat. Glass is a great way to go for that reason but keeping the lid off of your brewing vessel in between infusions can help a lot as well.

Grandpa style is my absolute favorite ways to drink green tea. There’s nothing better than slowly sipping tea while watching the leaves dance in a tall glass. The key to avoiding bitterness is making sure that you use just barely enough leave to cover the bottom of the cup.

What is your favorite green tea? Let me know about it in the comments!