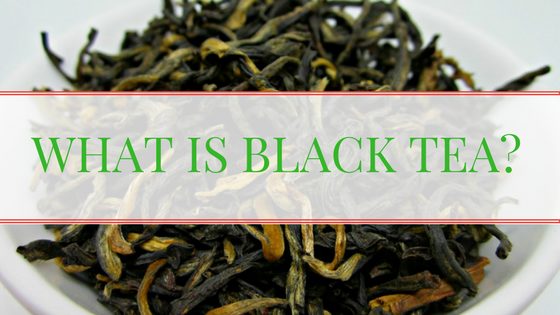 The history of black tea can be traced to the late Ming Dynasty in the Fujian Province of China. There are various legends about how it came to be but the very first black tea was Zhen Shan Xiao Zhong, otherwise known as Lapsang Souchong. Fujian is still the main production area but Anhui and Yunnan black teas are also very well known. As black tea became preferred by European tea drinkers the tea plant (and black tea production methods) were spread to India, Sri Lanka, Kenya, Malawi, and more.

It is important to note that black tea has always been referred to as hong cha, or red tea, in China because of the color of the liquor. European traders called it black tea because it was darker than the green tea they were previously exporting and the name stuck. Rooibos is often sold under the name of red tea as well, further adding to the confusion.

Black tea produced in Sri Lanka (formerly Ceylon) and most African nations typically separated into leaf grades rather than distinct types. You’ll find slight variations in style from each estate, though.

In order to make black tea, the leaves are withered and then bruised. This breaks down the cells of the leaf and speeds up the process of oxidization. During this stage leaves that destined to become CTC tea are cut into small pieces. Once they have turned to a coppery brown color, the leaves are dried to stop the oxidation process and remove moisture.

Black tea leaves made in India, Sir Lanka, and most African countries are then sorted using sieves in order to separate high-quality whole leaves from broken pieces that are better suited for tea bags. Manufacturing methods can vary pretty widely between all of the different producing countries. Indian black teas won’t ever be made in the exact same way as a Bai Lin Gongfu from China. That doesn’t make them better or worse, they’re just different.

The taste of black tea can be pretty diverse thanks to its wide range. Chinese black teas from Fujian tend to have sweeter cacao like flavor profiles while Yunnan teas are earthier and maltier. Darjeeling has an almost fruity quality, reminiscent of muscatel grapes. Sri Lankan black teas will have a unique citrus note.

Black tea gets a bad rap among tea connoisseurs sometimes because of its close association with poor quality bagged teas. Just keep in mind that not all teas are created equal. Black tea is a category that deserves just as much exploration as green tea and oolong. Changing up your brewing method can also make a dramatic difference.

When using a western method, water temperatures are usually around 195 to 212° Fahrenheit. Steep times can vary between 3 and 5 minutes depending on the tea. Oolong can be difficult to measure as the leaf shapes often don’t fit in a typical teaspoon. Weighing your leaves will help make sure that you are using the right amount. Most teas will call for 2 to 2.5 grams of leaf per 8oz cup of water.    Gongfu is a great way to experience black tea, especially those from China and Taiwan. Thicker walled brewing vessels help to retain heat, making sure that you extract all of the flavors from your leaves. My trusty  celadon teapot is my usual go to but a gaiwan will serve you just as well. Water temperatures will range from around 195° to 212° Fahrenheit with steep times will usually be about 30 seconds.

What is the first black tea that you really fell in love with? Let me know about it in the comments!