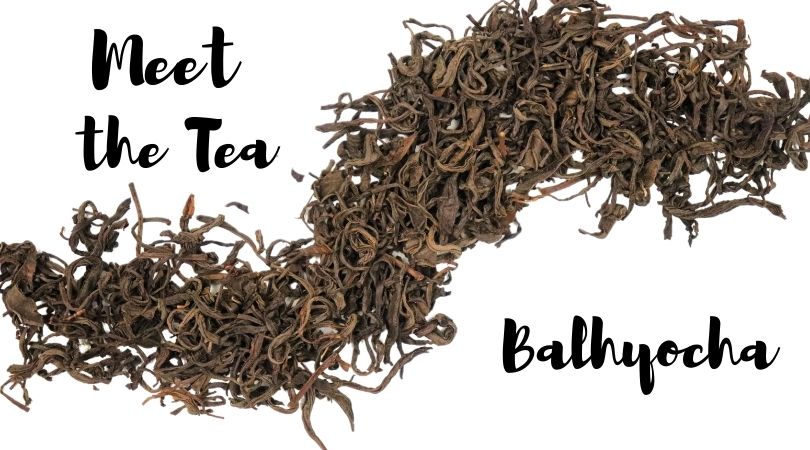 What is Balhyocha? It depends on who you ask! Generally speaking, it is an oxidized tea grown in South Korea. This region is known for its green teas but there are a lot of other varieties to explore. I’ve been wanting to write about this tea for a while but procrastination got the better of me. It is a surprisingly difficult topic.

We tend to want teas to fit neatly into the boxes of the traditional Chinese categories. Balhyocha is one of the rebels that doesn’t quite belong to any of them. During processing, the leaves are oxidized but they are not usually fully oxidized. The name Balhyocha isn’t super helpful because it simply means oxidized tea. Bulbalhyocha is the term used for green teas.

Confusion often starts because the same tea might be labeled Hwangcha by a different producer. Hwang translates as yellow which might give the impression that it was processed like a Chinse yellow tea. This term is generally used for teas that are partially oxidized. The easiest way that I can explain it is that all Hwangcha is Balyhocha but not all Balyhocha is Hwangcha.

Every producer has their own processing method and that is particularly true for this tea. After harvesting the leaves are withered in the sun, shade, or a combination of the two. There is no kill green step. Similarly to yellow tea, they are then piled which results in oxidation. The leaves may be rolled but not repeatedly as would be done with an oolong. Drying is done indoors, usually on a heated floor called an ondol. Based on the processing steps, I believe that Balhyocha is closest to black tea.

There are four main tea producing areas of South Korea: Boseong, Hadong, Jeju Island, and Jeonnam. Hadong The tea that I photographed for the images in this post is from Jiri Mountain in Hadong.

Although Balhyocha is often listed as a black tea, the taste is much more mellow than you might expect. The color of the liquor can range from yellow to amber depending on the level of oxidation. In the cup, you’ll experience a natural woody sweetness with notes of cocoa. This tea is usually smooth with very little astringency, making it a good choice for those that do not enjoy strong black teas. Balhyocha is light-bodied so I don’t recommend adding milk or sweeteners.

Balhyocha does well when brewed in a western fashion. I recommend using 3g of leaf for every cup of water and infusing for 3-5 minutes. More oxidized versions will do fine with fully boiling water but you may want to dial down a bit if your tea is on the greener side. You could certainly gongfu this tea but keep in mind that is very light compared to black teas from other origins. Extended brewing times as you go can help to maintain flavor for multiple infusions. It makes a delicious iced tea and can also be cold brewed.

I hope that you found this post useful! There is very little information available in English on this type of tea. I own two books on Korean tea and it is hardly even mentioned.

Have you ever tried Balhyocha? What did you enjoy it? Let me know your thoughts in the comments below!