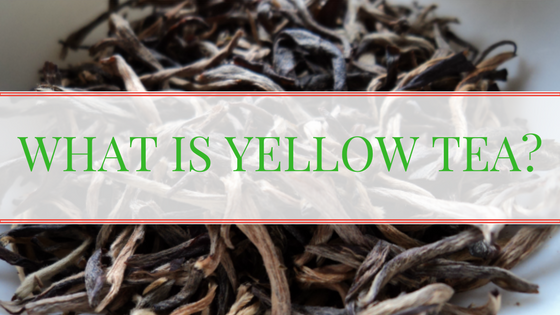 I know what you’re thinking. There’s a yellow tea? This category is little known and often forgotten, particularly in western markets. There are several respected books on my shelves that make absolutely no mention of it for that very reason.

Yellow tea is made primarily in the Anhui, Sichuan, and Hunan provinces of China. No one is really sure exactly when it first began being produced. As the tea world changes and grows, processing techniques are also shared and copied. I’ve had yellow teas from several regions outside of China, including Nilgiri and Darjeeling.

Because its production is difficult and time-intensive, yellow tea has primarily been consumed by locals. As the demand for easier-to-make green tea has increased in the West, many have abandoned the production of yellow tea in favor of green, and knowledge of the yellow tea-making process is being lost in China. Today, there are few tea masters alive with the skills required to make yellow tea.

Also named after the place where it is grown, Meng Ding Huang Ya is produced in Sichuan Province. It is made up entirely of tender buds with a slightly flattened and greener appearance.

This yellow tea hails from Anhui Province. The plucking standard consists of one bud or one bud and two leaves. It is very close in appearance to and often confused with Huang Shan Mao Feng, a green tea that is produced nearby.

Similarly to white tea, yellow tea is slightly oxidized. After plucking the leaves are withered and the undergo a “fixing” step, also known as the “kill green”, in order to denature the enzymes responsible for oxidation. This is usually done by firing them in a pan. Up until this point, the processing methods are very similar to those of green tea.

After firing leaves that are destined to become yellow tea are wrapped in material, usually paper or cloth. This allows them to cool down in temperature and oxidize very slowly. The process is repeated several times with the leaves being dried in between to remove excess moisture. It can take more than three days just to finish a single batch of tea.

The slight oxidation that takes place in the processing of the yellow tea also changes the taste the ends up our cups. Yellow tea is often described as smoother and less grassy than green tea. It can be a bit hard to understand the difference without experiencing it yourself. I often describe it as having a more buttery texture which sounds weird but trust me, it’s a good thing! Yellow tea also has a striking aroma that lingers after each sip.

Yellow tea is usually treated similarly to green tea when it comes to brewing. Think cooler water, about 175°, and shorter infusion times. The leaves are absolutely beautiful to watch so I usually brew them in glass vessels. This also helps to make sure that your teaware doesn’t retain too much heat, negatively affecting the taste.

As I often recommend, it is better to weigh your leaves because teaspoons are not an exact measurement. Western style brewing will usually call for steep times of about 2 to 3 minutes with about 2 to 2.5g of leaf per 8 oz of water.

Gongfu brewing requires a higher leaf to water ratio. I usually go with about 4 to 6g per 100ml with 30-second infusions. You can adjust to your personal taste and preferences though. One of my favorite ways to drink yellow tea is also style.

Note: I suddenly found that I had no yellow tea on hand to photograph for this article. I’ll be sure to update the images once I am able to get some better shots.