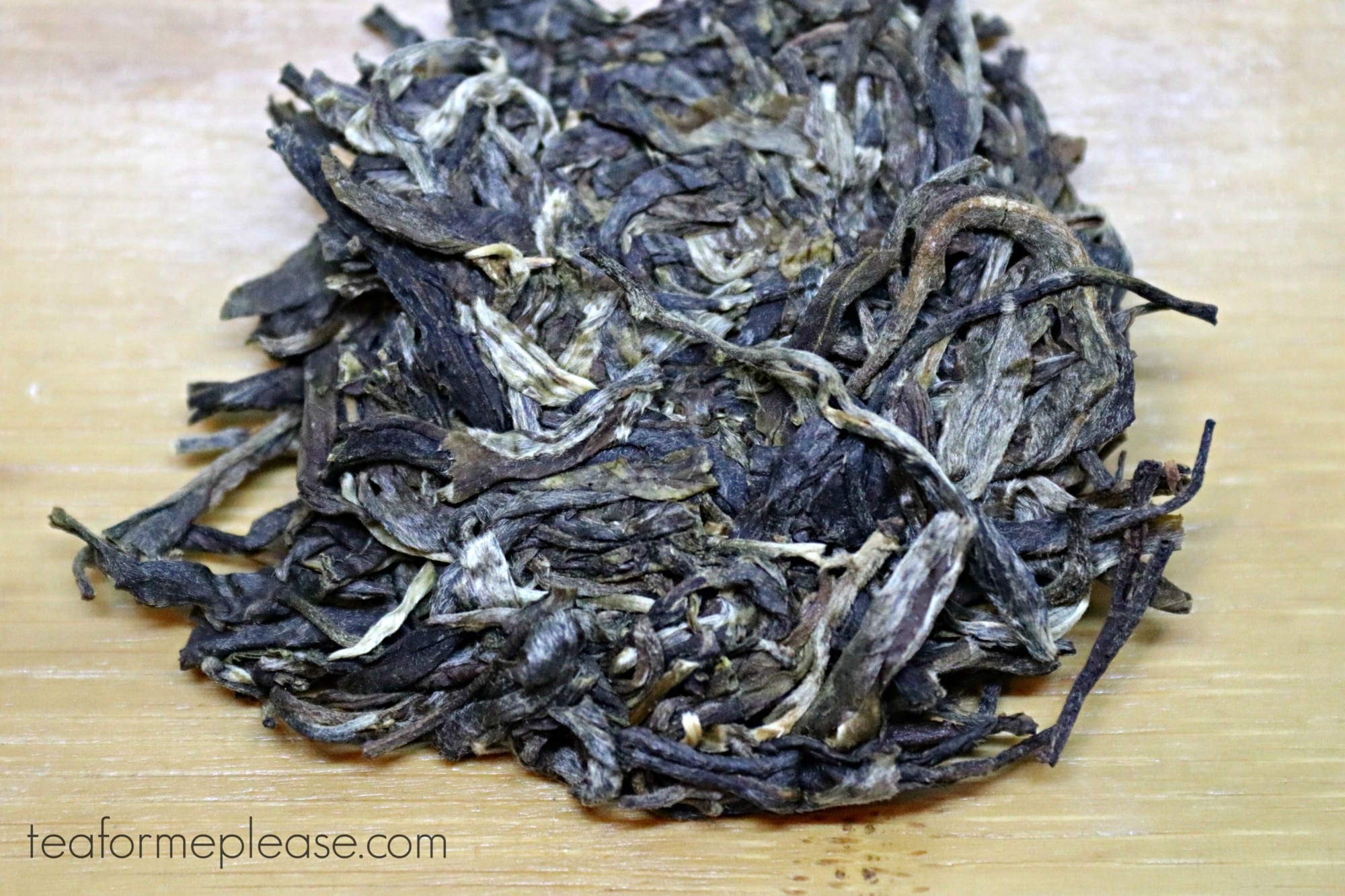 I was excited to receive a sample of this tea with an order that I placed with Bitterleaf Teas. Part of that is because I’ve heard really good things about it from tea friends. Part of that is also because The Secret Garden by Frances Hodgson Burnett was one of my favorite books when I was growing up. Bitterleaf Teas’ description of this tea is fairly secretive. The previous year’s version came from outside of Yiwu but 2017 was sourced from a remote location in Manzhuan. As their website declares, “The Secret Garden keeps no fixed address.”.

My sample bag contained a few decent-sized chunks. The leaves were mostly whole and loosely compressed so that I was able to gently pry them apart. They were still fairly green in color with some visible buds. The aroma of the dry leaf was earthy and sweet with hints of white flowers. Gaiwans are my go-to way to brew sheng puerh, especially the first time I am trying them. This tea opened up fairly quickly after the first infusion. Large, whole leaves and plump looking stems are always a happy sight to see.

Secret Garden brewed up a bright shade of gold with nice clarity. It took on a more orange cast when I poured it into my silver-lined teacup. The taste was soft and sweet at first with a juicy, thick mouthfeel. Notes of stonefruit faded into a crisp, clean minerality. As the tea opened up it became much more punchy. The bite at the end of each sip was quickly followed by a nice lingering hui gan. This is the kind of tea where you can almost imagine the remote mountain forest where it was grown if you close your eyes. Take your time with this it and you’ll be rewarded with a great session.

Other Reviews to Check Out

Have you tried Secret Garden? Tell me your thoughts in the comments below!