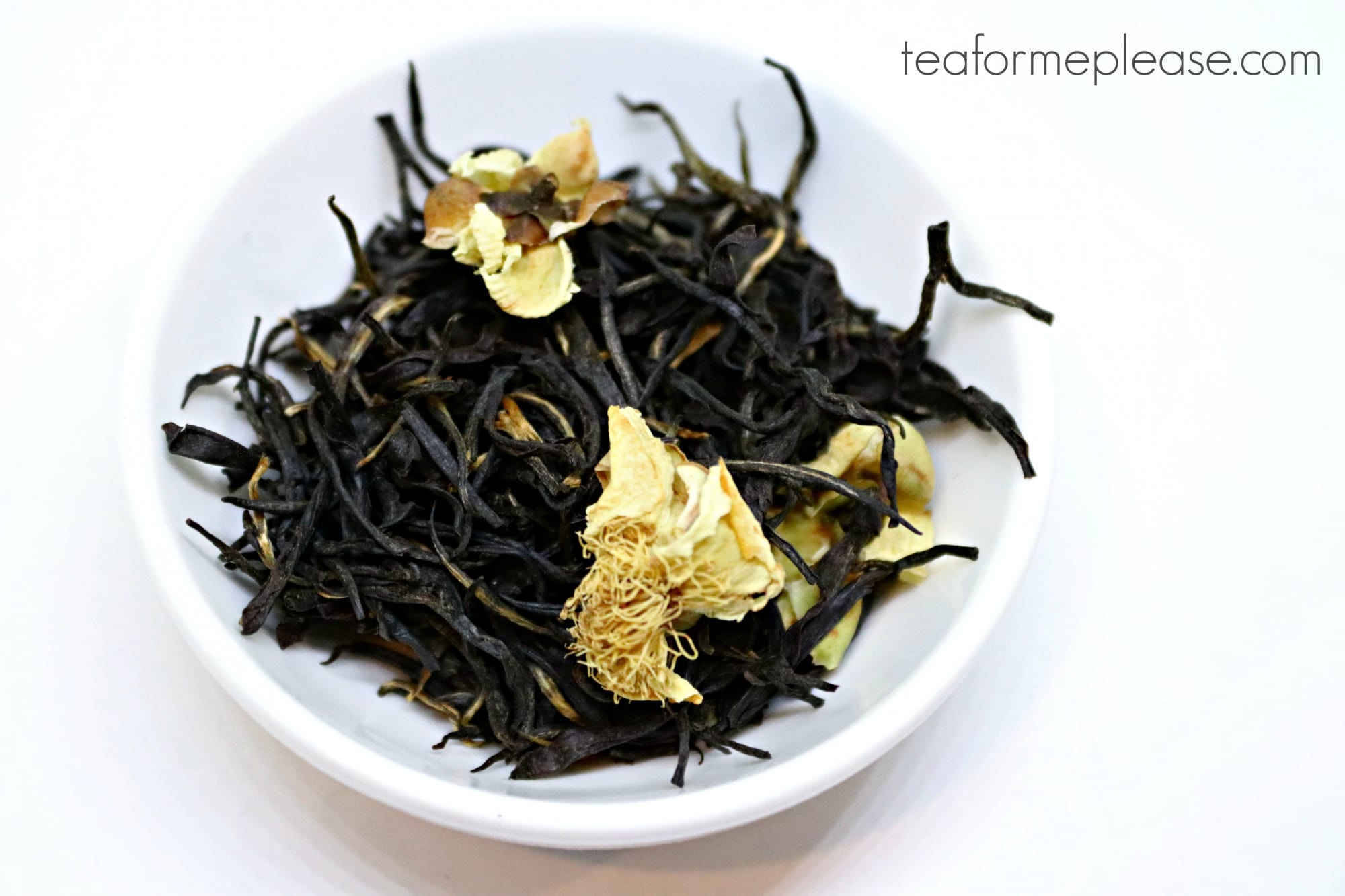 By now I think most of you know that I am a raving fan of Amba Estate when it comes to Ceylon. Their teas are amazing! That is why I was super excited to receive a sample of Ceylon Gem from Tea Bento. Not only is it a tea from my favorite Sri Lankan producer but the leaves are also blended with Camellia Sinesis flowers. I might have done a happy dance before brewing this. And while drinking. And then a sad dance when it was all gone…

The dry leaf was long and dark with scattered golden tips throughout. As nice as they were to look at, the Camellia Sinensis flowers were the real star of the show. They were cream-colored and fairly large, making them stand out nicely against the darker colored leaves. How pretty are they? I couldn’t stop taking pictures. The aroma was an inviting mix of earthy and floral. I brewed this tea in a porcelain cupping set. Tea Bento recommended using 4g of leaf for 200ml of water. That seemed to be a good ratio but don’t be afraid to play around with parameters a bit.

Ceylon Gem brewed up a coppery shade of reddish-brown. The taste was honey sweet with notes of dark red fruit. The mouthfeel was fairly smooth with just a hint of astringency. Hints of clementine-like citrus popped up in the finish, especially on the second infusion. I’ve had other teas that were blended with Camellia Sinensis flowers and they also had the honey aroma. The petals became almost transparent while floating in the water. They almost reminded me of sakura blossoms.

I’ve reviewed a number of selections from Tea Bento but I think this might have been my favorite. They also offer a version of this tea without the flowers if you prefer. Have you ever tried black tea with tea flowers blended into it before? Let me know your thoughts in the comments below!