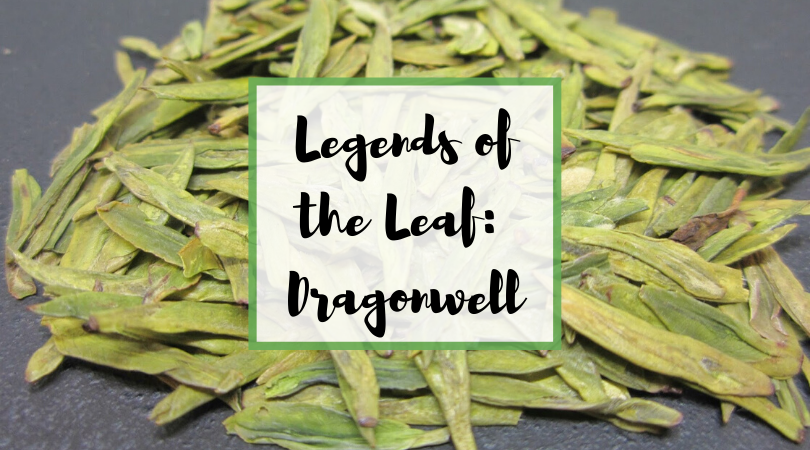 Dragonwell, also known as Longjing, is one of my favorite types of green tea. There several legends that surround this famous tea. In a city by the same name, there is a well that was said to be inhabited by a dragon. The local people would pray to it for rain when there is a drought.

I have heard from several people who have visited the well that after rain, the lighter rainwater floats on top of the dense well water creating a rippling effect. It is this curious phenomenon that is often attributed as the source of the legend.

Another story tells of Emperor Qianlong visiting a temple and watching the ladies picking tea. He enjoyed it so much that he decided to give it a try himself. While he was picking the tea he received a message that his mother was ill and that she wished for him to return home. In his haste to leave he shoved the leaves into his sleeve.

When the Emperor visited his mother, she noticed the smell of the leaves and he had it brewed for her. It is said that the distinctive flat shape of Longjing is designed to mimic those leaves. The 18 bushes in front of the temple were given special imperial status.

Legend also holds that the best way to brew this tea is with water from the famous Dreaming of the Tiger Spring in Hangzhou. It is known as the third best spring in all of China.