I have a treasure hoard full of mini puerh cakes from +JalamTeas that I guard as though I were Smaug on Lonely Mountain. Only less violent…maybe. There are some posts coming down the pipeline that will group several teas from similar regions in Yunnan but in the meantime, I wanted to share this gem with you all. It was sent out to subscribers just after I moved into my apartment back in 2014. Time flies when you’re having fun but the wonderful thing about puerh is that it is actually better to let it sit around for a bit.


Spring harvest teas are usually considered the most desirable but there are times when I enjoy the astringent strength of late summer puerh. This tea hails from the Bulang Mountain range in southern Yunnan. It was grown at 1,400 meters above sea level. This height is still high altitude by most standards but not super premium. I really 💓 that Jalam teas lists it as mid-altitude because a lot of companies tend to overemphasize elevation.

The first infusion started out fairly light but it quickly gained strength as the compressed leaves loosened. Intense floral notes blended into a minty and cooling finish. There was a nice hui gan as well that stayed with me long after the last sip. For a tea that has had some time to mellow it was still fairly punchy. If you’re looking for less astringency I would suggest lowering your water temperature and treating it more like a green tea. Full boiling water really makes it shine though.

I really enjoy that Jalam Teas includes information about the minority tribes that produce the tea. This one was harvested by members of the Hani minority. Although there are 56 state recognized nationalities, the name encompasses many smaller subgroups. Co-founder of Jalam Teas, Jeff Fuchs, asked an elder what he thought of the higher numbers of people traveling to this region. His poignant reply was, “It will help them understand what our teas are but I would prefer that they keep their cars at home”. 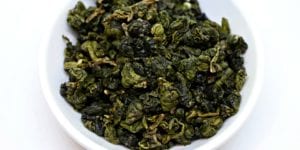 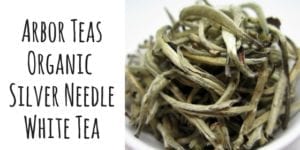 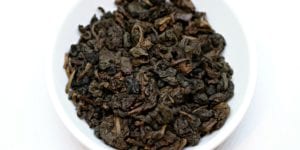