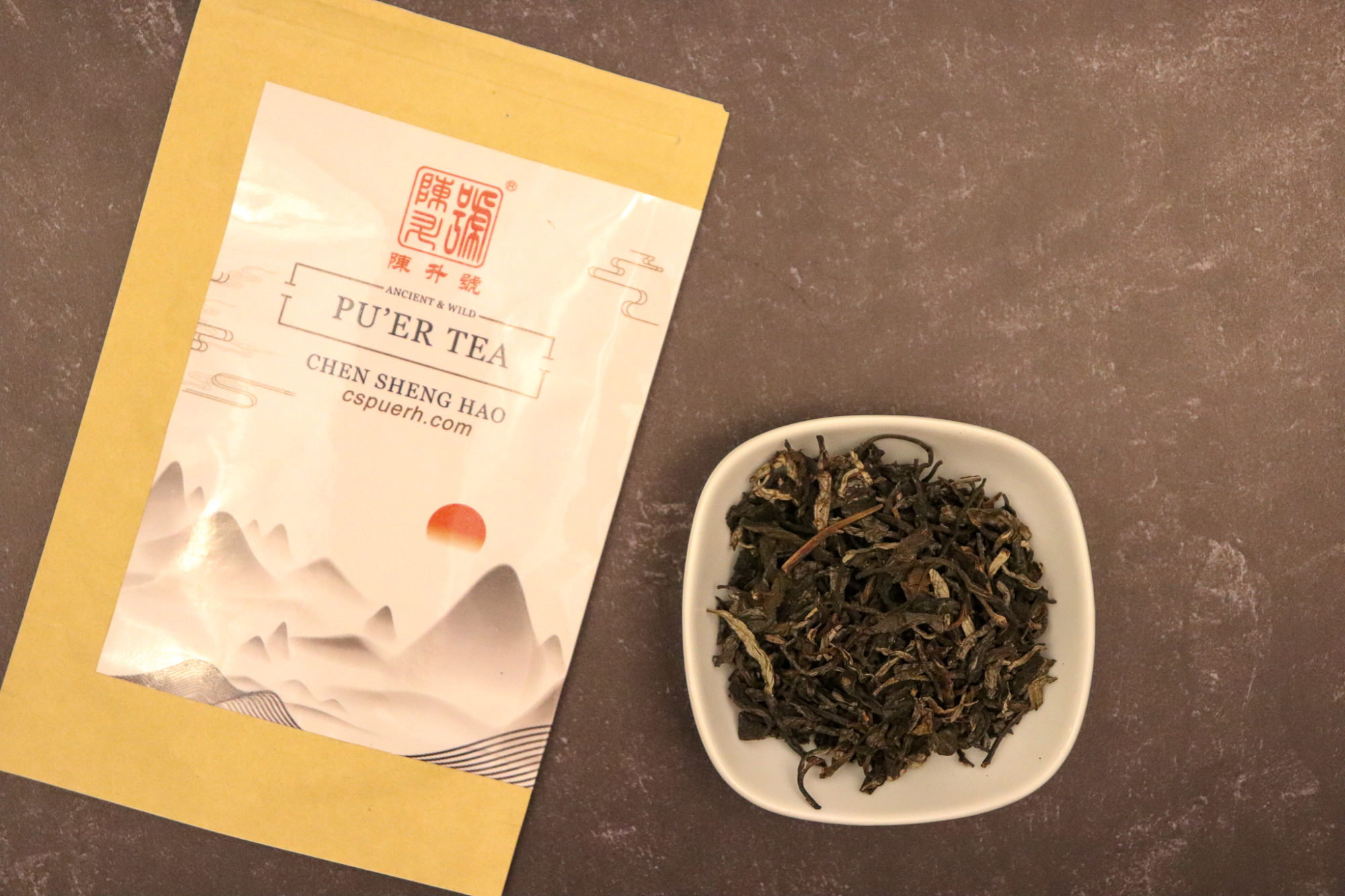 Chen Sheng Hao is a well-known Chinese puerh brand that was established in 2007. Instead of having to buy from third-party websites, North American tea drinkers can now purchase directly from them. Their fulfillment center in Canada means we don’t have to wait weeks and weeks for tea to be delivered. I was psyched when they reached out about sending tea samples for me to review because I had not had the chance to try their teas before.

First up is a 2019 offering from Yiwu, one of my favorite regions for puerh tea. It is the largest of the six ancient tea mountains and was part of the Ancient Tea Horse Road. Yiwu is often called the queen of puerh because the puerh made there is known for its sweet and mild character. Chen Sheng Hao’s website indicates that the trees the material came from were over 200 years old.

The dry tea was a camouflage-colored mix of greens and browns. They were fairly dark in color, especially for a tea that is only a few years old. There were quite a few silver buds sprinkled in as well. My sample was loosely compressed so I did not have to break them apart in order to measure out a serving. I prepared this tea gongfu style in a porcelain gaiwan. My water temperature was 212℉ with a 10-second first infusion. An additional 5 seconds was added for each additional round.

Chen Sheng Hao 2019 Yiwu Raw Puerh Tea brewed up a bright golden liquor. Sunshine in a cup! The taste was just as soft and sweet and I expected. However, it was not weak by any means. The first infusion had a slight soapy clean aroma that reminded me of baby powder. It had a thick mouthfeel with notes of dried hay and a pleasant herbaceousness. The aftertaste lingered in my throat long after each sip. Its energy was uplifting but not overly energizing. Later infusions turned more orange as delicious notes of vanilla and old books popped up. This is definitely the tea to try if you are not a fan of punchier sheng puerh.

Have you ever tried Chen Sheng Hao 2019 Yiwu Raw Puerh Tea? Let me know your thoughts in the comments below!