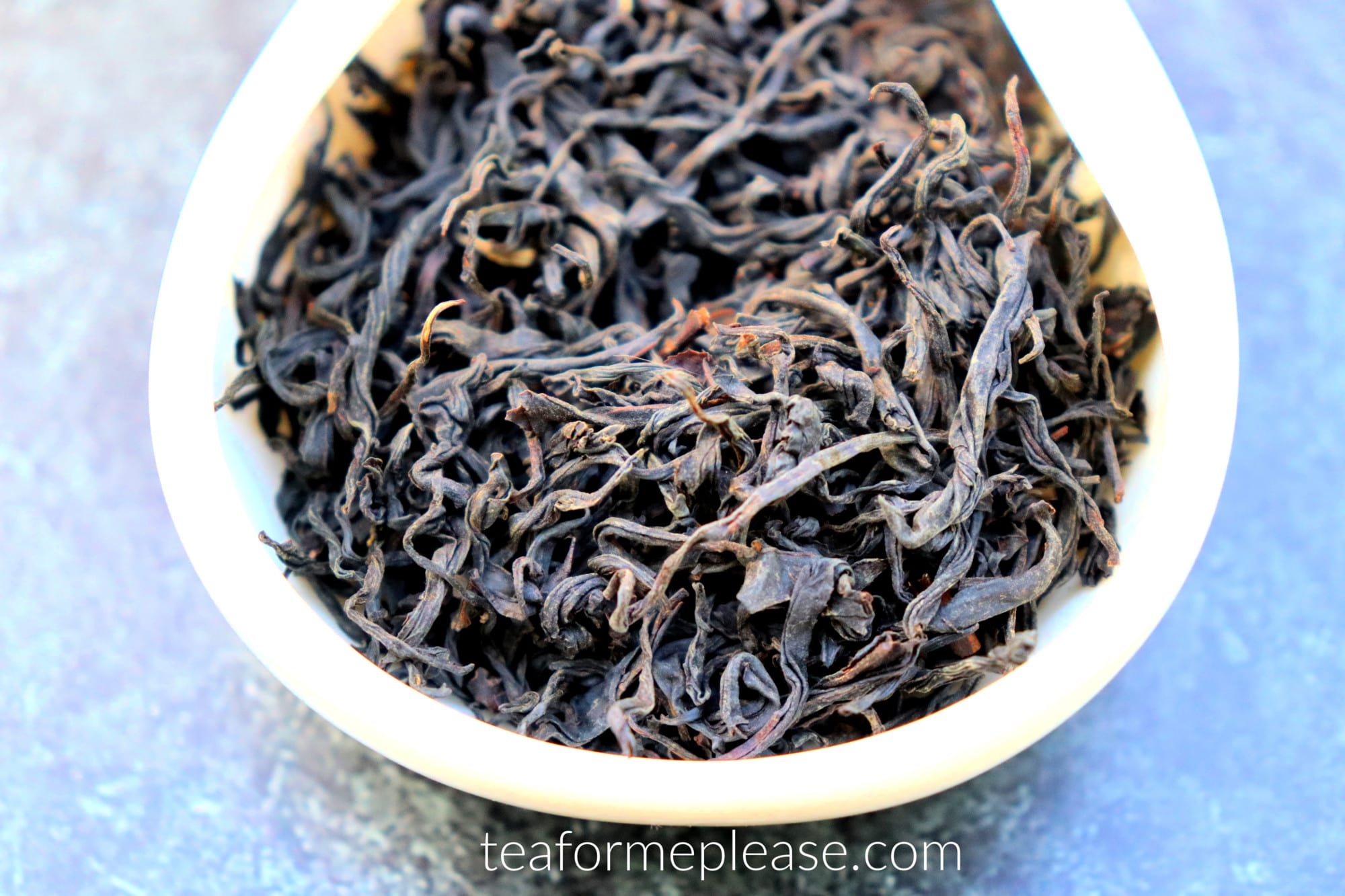 I was a little confused as to what kind of tea this was when I first saw the name. Although it is a black tea, the leaves used to make it were from a wild grown oolong variety. Teababy’s website did not note which variety but Fujian is home to many different types of oolong. Tony Gebely noted that the maker of this tea is Mr. Tang Shuang Jiang in his rating.

The dry leaves of Wild Wulong Black Tea were small but quite long and spindly. They were uniformly dark in color and had a slightly twisted appearance. I immediately noticed a sweet, woody aroma when I opened the packet the tea came in. Teababy’s instructions noted that the tea can take boiling water but might be interesting with much cooler water. I opted for the hotter option since that is my personal preference for black teas. If I had more leaf to experiment with, I would have liked to try it grandpa style.

Wild Wulong Black Tea brewed up a pale shade of amber. The taste was sweet with heady notes of honey. There was also a mild background spiciness that I found very enjoyable. The woodiness that I picked up in the dry leaf became more prominent in later infusions. There was hardly any bitterness or astringency. The mouthfeel was not what I would call thick but it had a pleasant coating effect after each sip. Teababy’s website states “the wild nature is in your mouth”. As awkward as that phrase is, I think it sums up the tea pretty well. It is hard to explain but wild-grown tea has a very different character.

Have you ever tried Wild Wulong Black Tea? Let me know your thoughts in the comments below!