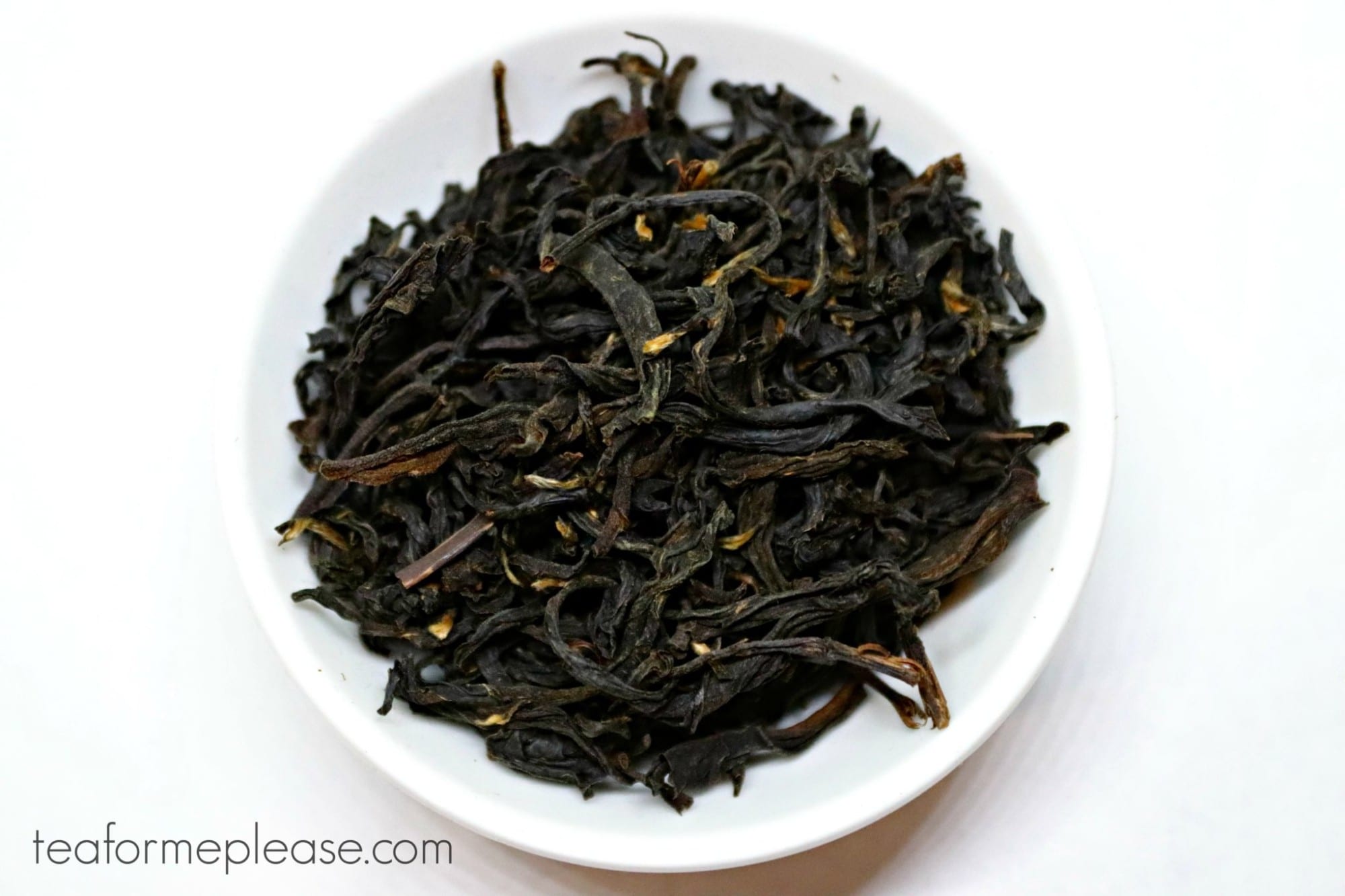 I’ve always loved Taiwanese black teas. Honey aroma black teas have become quite popular in recent years and I can’t complain. They offer amazing complexity with a bit more oomph than a more typical lightly oxidized oolong. Bugs biting the leaves before harvest starts the process of oxidation before they even leave the bush.

This particular tea was made from the Jin Xuan cultivar in Sanxia. This region is better known for its green teas that mimic Dragonwell and Bi Luo Chun. If it is bug-bitten it is most likely a summer harvest as that is when the leafhopper insect (Jacobiasca formosana) is active. The stress response triggered in the plant is what creates the sweet aroma that we love so much.

The dry leaf was uniformly dark with a few golden points here and there. There were some broken pieces and stems but it was overall a clean, well-processed tea. As per my preferred method, I brewed 7g of this tea in a porcelain gaiwan. This type of tea really shines when brewed this was as western-style infusions will be much more mellow.

I drank this tea during a series of snowstorms this past winter (yes, my backlog is that long!) so you’ll have to forgive the dark pictures. There was little hope of being able to photograph it outside as I usually do.

Sanxia Honey Black Tea brewed up an almost ruby shade of reddish-brown. The initial aroma of both the wet leaf and liquor was woody and sweet. It was mellow and sweet with notes of honey accompanied by dark red fruits. That sweetness faded into a licorice finish. I would usually expect a bit of a maltiness from a type of this style but instead it came across as more earthy. Later steeps had a lingering dark cocoa aspect that I really enjoyed.

Have you ever tried this tea or one like it? Let me know your thoughts in the comments below!