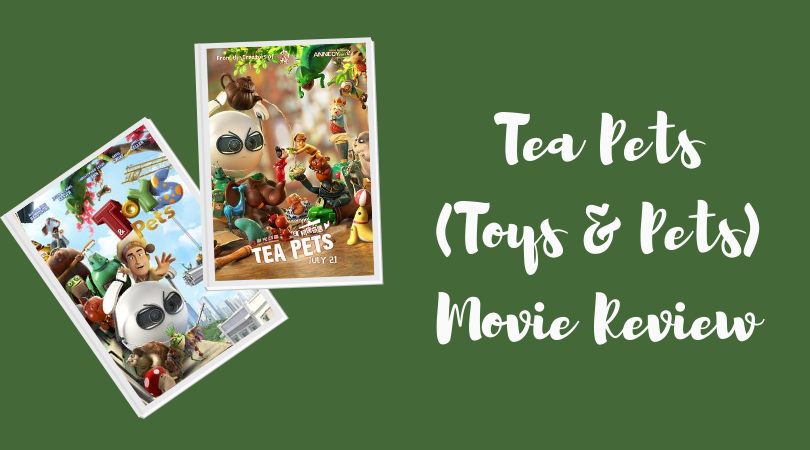 In 2017 I started seeing trailers for an adorable animated film called Tea Pets. As a tea pet enthusiast, this was very exciting news for me. Since then I’ve tried to search for a copy with English subtitles but I was never able to find one. Geoff from Steep Stories of the Lazy Literatus mentioned it in a blog post last week which led me to start up the search again.

As luck would have it, I discovered that an English dubbed version was released just this year. The name had been changed to Toys & Pets which is part of why I had so much trouble finding it. Presumably, the studio thought that the tea reference would be confusing for Americans. I purchased it from the Google Play store but it can also be found on Amazon.

Here are the trailers for those that haven’t seen them yet.

Tea Pets was written and directed by Gary Wang of Light Chaser Animation. The story starts in a teashop filled with a cast of characters that will be familiar to many tea lovers. My personal favorite is the pig who squirts water. Nathan is a tea pet figurine of a chef who feels insecure because he doesn’t change color when hot water is poured on him.

A robot claiming to be from the future rolls into the tea house and they decide to go on a quest for answers. Together they face a giant ferris wheel, sewers, evil rats, and more. I don’t want to give everything away but the plot is very much a tea pet version of Toy Story. The tea pets even freeze when humans enter the room!

Would I recommend it?

Absolutely! If you’re a fan of tea pets and flicks like Secret Life of Pets, this movie will be right up your alley. Tea isn’t a major part of the story, although there are human characters drinking tea throughout the movie. I loved how tea seemed to be a natural part of their lives. The focus isn’t on tea but it is always there if you pay attention. You don’t need to have prior knowledge about tea pets but that will help you to understand some of the more subtle references.

2020 has been a very stressful and unusual year. It was nice to forget all of that for a little while by watching a cute movie with a cup of tea in my hand.

Have you ever watched Tea Pets? Who was your favorite character? Let me know in the comments below!