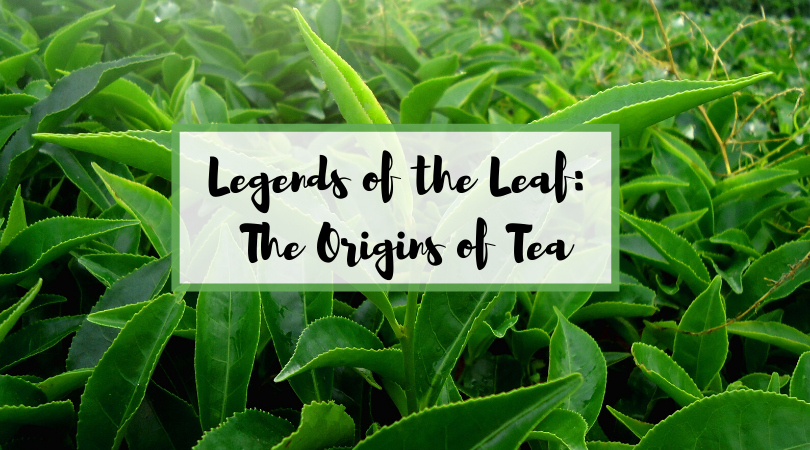 All kinds of wonderful myths and stories have evolved to explain the origin of tea. I love learning about the history of tea so I thought that I would share a few of my favorites.

In China, legend has it that tea was discovered in 2737 B.C. by the somewhat mythical emperor Shennong. The discovery was quite by accident. A servant was boiling his drinking water when a leaf from a wild tea bush fell into it. The emperor drank the infusion before he realized what had happened and there you have it, the first cup of tea. You might also see an alternate story that says tea miraculously cured him after he poisoned himself while tasting plants.

Another version tells of the Buddhist monk Bodhidharma, who had taken a vow to meditate for nine years straight. After five years he gave in to exhaustion and fell asleep. He was so furious with himself that he cut off his eyelids and threw them on the ground. A tea tree sprouted from the spot where they had landed and with the help of that plant he was able to successfully complete his meditation.

So what is the real origin of tea? It was initially used as a medicine. People chewed raw leaves in order to reap the benefits. Later on, leaves were added to food or brewed with spices. It wasn’t until around 200 BC that it evolved into a beverage. Needless to say, people have been drinking tea for a very long time. It has become a part of nearly every culture around the world.