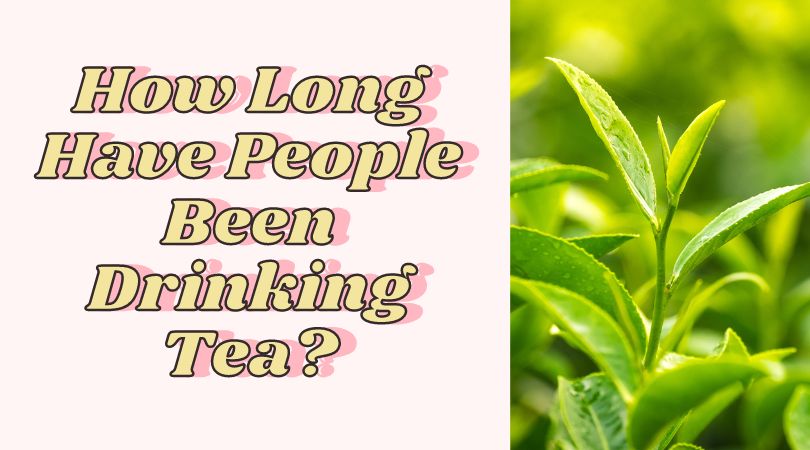 Have you ever wondered, how long have people been drinking tea? It’s hard to know for sure, but some evidence suggests that tea was being consumed by humans for thousands of years. In this post, I’ll discuss some of the theories behind tea’s origin and what archeological researchers have uncovered about the world’s most popular beverage.

When I got into tea one of the first stories that grabbed my imagination was that of Shennong. Who doesn’t love the idea of a mythical horned emperor accidentally discovering the beverage that changed the world? Some versions say that a Camellia Sinensis leaf fell into his mouth while others say that it fell into some boiling water. Others say that it cured him when he accidentally ingested a poisonous herb. This event is purported to have occurred at the oddly specific time of 2437 B.C. It is fairly unlikely that a single raw leaf would add much taste to a pot of water, let alone cure the 70+ poisons that he supposedly ingested.

You might also have heard the story of Bodhidharma. Legend has it that he was meditating for nine years. He succumbed to sleep and ripped his eyelids off in his fury over his inability to stay awake. The first tea plants sprouted where they fell to the ground. This event supposedly took place around 500 C.E.

The written word is sometimes a good indicator of how long people have been drinking tea. A Contract with A Servant by Han Dynasty poet Wang Bao is one of the earliest written accounts. Lu Yu’s Classic of Tea, published around 760 C.E., is generally considered to be the first book on the subject of tea. Tea was already an integral part of society by that period, particularly for the literati. China was closed off from the rest of the world at this time so the first mentions in English did not occur until about 1,000 years later. We’ve got a lot of catching up to do!

What do archeologists say about how long people have been drinking tea? Tea leaves have been found inside the mausoleum of a Han Dynasty emperor. This potentially proves that tea was being consumed as early as 140 B.C. Although they were barely recognizable due to decomposition scientists were able to detect the presence of theanine, a substance only found in tea. Another excavation found Camellia Sinensis roots in a neolithic settlement on China’s eastern coast. The plant material was carbon dated to an even earlier period of 3526- 3366 B.C. That would pre-date Shennong’s infamous discovery.

It’s important to remember that ancient people may not have been preparing tea in the same fashion as we do today. It was used for medicinal purposes or as part of a soup-like preparation with spices. The preparation was very strong and bitter in comparison to how tea is infused as the beverage we all know and love. During the Song Dynasty, tea leaves were ground into a powder and whisked, not unlike the way matcha is prepared in Japan today. Wine and beer predate tea by several thousand years but it’s still pretty old as far as beverages go.

Isn’t it neat that we’re still enjoying tea today and that the culture around it is still evolving? We’re all a part of the present and future of tea.

I hope that this post was helpful. What is your favorite period of tea history to learn about? I’d love to hear from you in the comments below!

Books/Resources to Learn About Tea History