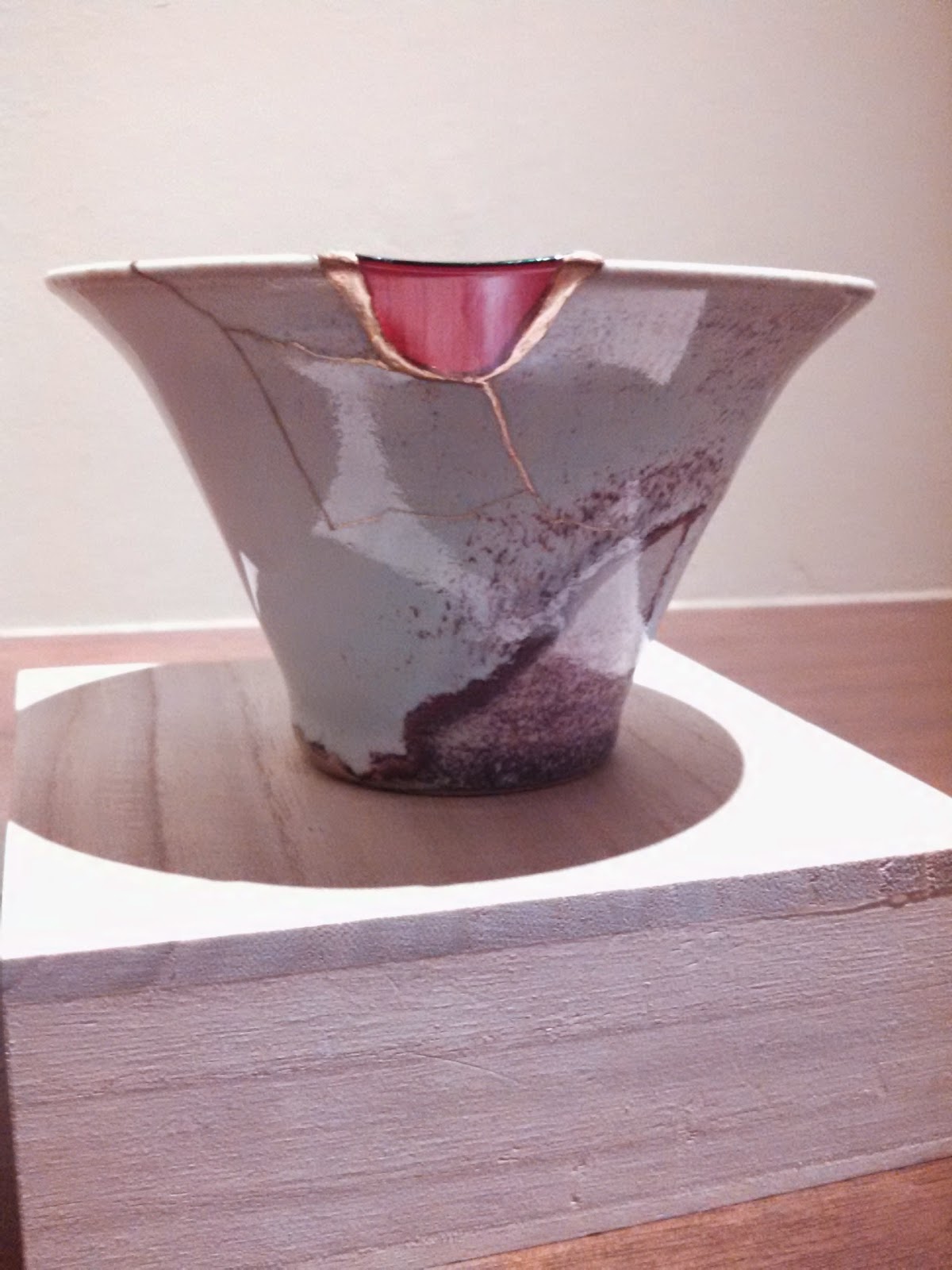 Last week I had the pleasure of attending a ceramics exhibition by Tomomi Kamoshita at Globus Washitsu. Even more lucky was that I was able to enjoy it with tea friends +The Snooty Tea Person, +Jo J and +Verna L. Hamilton. I made the tragic mistake of forgetting my camera at home so please excuse the terrible pictures. The do not do Tomomi’s work any justice. For those of you not familiar with it Globus Washitsu is a truly amazing space, a New York City penthouse converted into a Japanese tea house. I had not been there before this event but I have been avidly following their pictures and events on Facebook.

When we first walked in, we were greeted warmly and escorted into an entry way where everyone removed their shoes. Understandably, the dirt of the city has no place on their tatami mats. Artificial grass and stepping stones replicated the garden entryway of a traditional tea house. There was even a basin for cleansing yourself. Funnily enough, one of the first things were shown was the bathroom.They have one of those fancy Japanese toilets with a million buttons. In hind sight, I should have taken a picture to show you all. Two items in tea house that really caught my eye was this beautiful caligraphy and a two toned chasen.

We arrived just in time as the reception was just starting. Stephen Globus and Souheki Mori of Tea Whisk welcomed everyone and introduced Tomomi. Souheki translated as Tomomi shared her story and thanked us all for coming to see her exhibition. We were then treated to the music of Jun Ando. He composed a piece just for this event.

Tomomi makes several different kinds of ceramics but her kintsugi work definitely caught my eye the most. Kintsugi is a method for making repairs that uses lacquer mixed with gold. In the end, pieces often wind up looking even more beautiful than they did before the break. The level of artistry shown here was truly amazing. They were definitely out of my price range for the moment but I would love to add something like these to my collection some day. As we were leaving Tomomi gifted us with a small ceramic tile, signed and everything. While seemingly simple I think it will make a beautiful addition to any cha xi (tea setting).

Thank you to everyone who made the evening possible. It’s wonderful to see traditional Japanese arts being nurtured in the heart of New York City.