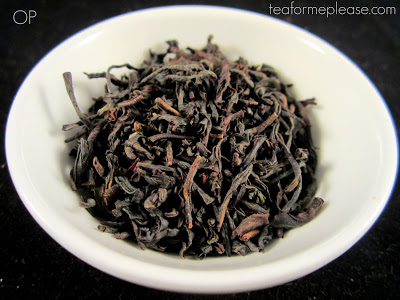 Emrok Tea Factory emailed me earlier this year and asked if they could send some samples of their Kenyan black teas to get feedback. It had been a while since I tried any African grown teas so I was definitely game. I thought this might be rare chance to be able to show you all the differences between the different black tea grades.

First up to bat was two teas from their specialty tea line. SFTGFOP1  (Super Fine Tippy Golden Flowery Orange Pekoe) and FTGFOP1 were both very nice teas. In both cases, the leaves were mostly unbroken. If I didn’t know any better, I might have thought that these were from Darjeeling. There was even a hint of muscatel in the taste along with a pleasant citrus-like quality. The two teas were very similar, even when drinking them side by side. I would say that the FTGFOP1 has a slightly duller liquor with just a touch more astringency.

Kenyan teas have a reputation for being high volume but lower in quality. It’s really encouraging to see that change is happening. I was also touched to find out about all of the good that Robert and Emily Keter have done for their community. They even support a rescue center for girls who run away from female mutilation and forced childhood marriages.

Emrok Tea Factory has also started a new commercial orthodox line (plucking standard of one bud and two leaves). I was originally going to split this all into multiple blog posts but I thought there might be beneficial to have all of the teas in one place. As you can see, the differences between the grades are subtle.