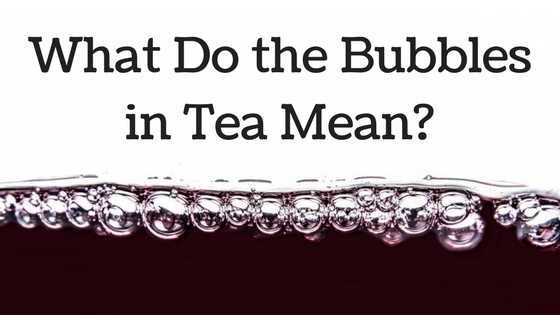 Every once in a while I see the same question pop up on message boards like TeaChat and Reddit, what do the bubbles in tea mean? We’re not talking about bubble tea (aka bobba) here! There are a number of substances that can cause bubbles, foam, or even the mythical “tea pearl” to form when the leaves come into contact with hot water.

Tannins are polyphenols found in plant matter. They have a bitter taste and are responsible for brown coloring, like what we see in black tea. Tannins are also a natural foaming agent. I have kept betta fish as pets on and off for most of my life. It is a common practice to place Indian Almond Leaf in aquariums in order to add tannins. This makes it easier for the betta fish to make their infamous bubble nest. Contrary to popular belief, there is no tannic acid in tea.

Saponin is a which protects plants from disease. Some studies have shown that it has an antimicrobial effect. They also are responsible for the formation of foam in tea, particularly matcha. It has a bitter taste, making plants less palatable to livestock. I’ve often heard of people allowing goats to graze in tea fields in order to cut down on weeds. Saponin may be why the goats leave the tea plants alone.

Pectin is a stabilizing agent that is used in jams, jellies, and dessert fillings. It is naturally found in most plants as well as fruits and vegetables. Pectin can cause a fruity flavor in oolongs and also plays a roll in the mouthfeel of good quality tea. When it comes to brewed tea, pectin is also a common foaming agent. When I first go into tea everyone on TeaChat was talking the mythical tea pearl (a mysterious bubble that remains on the surface rather than popping). Pectin is part of what makes that phenomenon happen.

Tea leaves contain proteins and amino acids. These can create bubbles or foam when they come into contact with hot water. Teas that were harvested in early spring, as well as tea where the cell walls have been broken (heavily rolled or CTC), seem to produce this effect more than others.

In the case of tea that has been microwaved, water that has been heated in this way will often boil without forming bubbles. When an object (like a tea bag) is added, it creates nucleation points which allow pockets of gas to form. Personally, I find the foam on microwaved tea to be very unpalatable.

Whether or not bubbles are a bad thing to have in your tea is something that is often debated. Many tea drinkers will skim the bubbles or foam from the rinse or first infusion in the hopes of removing dust or impurities. Personally, I don’t follow this method. If the tea is contaminated you’re going to be drinking some nasty stuff no matter what you do. Different ways of preparing tea give different results as well. In Morocco, tea is traditionally poured from a height in order to purposely create foam.

Where do you stand on bubbles in your tea? Do you have a favorite tea or preparation method that causes a lot of foam? Let me know about it in the comments! 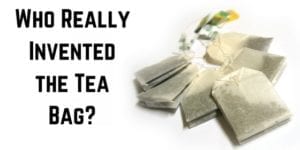 Who Really Invented the Tea Bag? 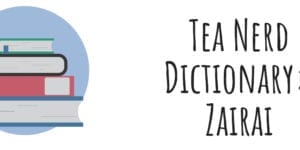 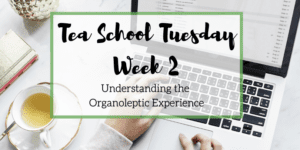