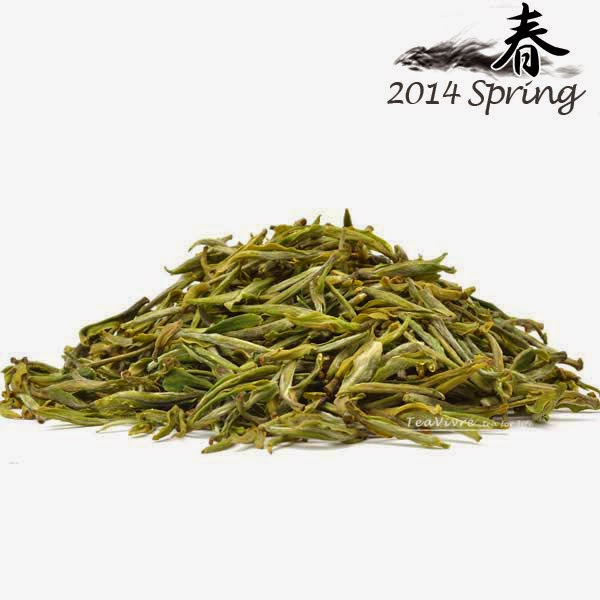 +TeaVivre is one my go to’s for Chinese teas and whenever I see nonpareil in the tea name, I know that it’s going to be a really good one. This term designates a tea that was once used as a tribute to the emperor. This Mao Feng is also what is known as pre-Qing Ming, which means that it was harvested before April 5th. The taste was refreshingly mellow and sweet but by no means simple. There were hints of toasted rice, fruits, nuts and even a hint of floral notes. It was vegetal but not overly so, making it a great choice for those who don’t like that aspect of green tea. Think fresh peas rather than seaweed. The funny thing about good quality green tea is that the taste often hits you on the back end, almost as an aftertaste. Subtlety is key!