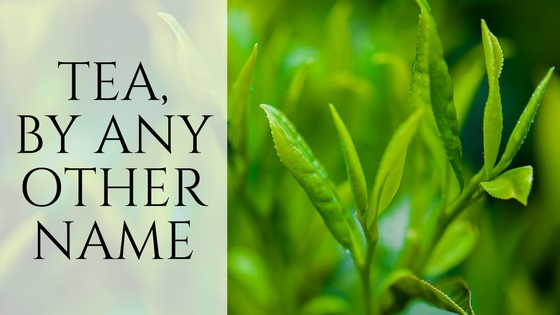 Tea is the word used to describe a beverage made from the leaves of the Camellia Sinensis plant in many languages. In other parts of the world cha and chai are used instead. Have you ever wondered why that is? Chá, or 茶, is the word for tea in both Mandarin and Cantonese. Where it evolved from there had a lot to do with where we got our tea from.

The Portuguese were among the first Europeans to purchase tea in bulk from China. They primarily traded from the Cantonese-speaking port of Macao. Tibet, Mongolia, and Russia first encountered tea through caravans over land and so acquired the word chá in much the same fashion. This then evolved into chây or chai in many other languages spoken around the world. The Portuguese princess Catherine of Braganza popularized tea drinking among England’s upper class after her marriage to King Charles II.

Dutch traders, on the other hand, most likely encountered the word tê directly through merchants in Fujian Province. The port of Amoy (modern-day Xiamen) would have spoken the Amoy dialect of Southern Minnan Chinese at the time. It was the Dutch who first brought tea to England and even as far away as New Amsterdam, the colonial settlement that would eventually become New York. The Min derivative was retained even when England later began trading directly with Canton (modern-day Guangzhou).

Of course, there are always outliers that don’t seem to follow the same path as most other languages. The word for tea in Polish is . It is believed to be a combination of the Latin (herb) and Chinese chá. Interestingly, the Polish word for tea kettle is . The pronunciation is quite similar to chai, though! In Burma, can mean tea that is drunk as well as tea leaves that are pickled and eaten. The Chippewa, or , word for tea is the seemingly completely unrelated .

A note about chai: It does, in fact, mean tea. When we order chai tea at Starbucks, we’re technically asking for . The word has become synonymous with black tea blended with masala spices such as cinnamon, cardamom, and cloves.