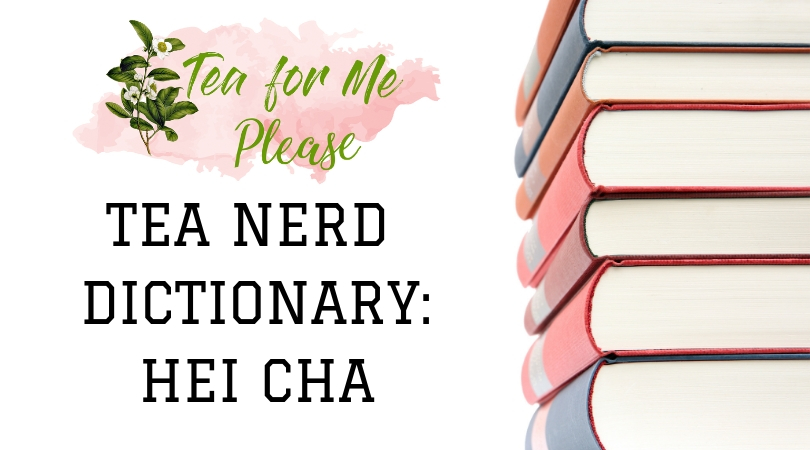 Heicha, aka dark tea, is a category of tea that many of us in the western hemisphere are just becoming familiar with. Its defining characteristic is that the leaves undergo post-fermentation. This step is called wo dui and it involves wet piling the tea. Bacteria, yeast, and microscopic organisms all play a role in what the final product will taste like. The Kunming Tea Factory is often credited with inventing this process in the 1970’s but other regions were producing heicha long before then.

Shou puerh is arguably the most widely known type of dark tea. That being said, some puerh is heicha but not all heicha is puerh. Still with me? Puerh is a specific place in China’s Yunnan Province so only the teas that are produced there should carry the name. There are fermented teas being made in many other places within China as well as abroad. Sheng puerh is generally considered a separate category because although some level of fermentation happens slowly over time, the leaves are not wet piled during processing.

This is by no means an exhaustive list but I thought it might be useful to include some of the common types with brief descriptions.

Liu An is a fermented tea from Anhui province. This is region is probably better known for its green teas such as Gua Pian. The leaves are processed in much the same way as a shou puerh. Once dried, they are steamed and packed into 500g baskets. Production was stopped during the Mao era and older vintages are considered highly desirable.

Hunan Province is well known for their fuzhuan cha, popularly known and marketed as fu brick tea. The leaves are tightly compressed into a brick shape and then slowly dried in a warm room. This step leads to the development of golden flowers, a beneficial mold. You’ll see its many supposed health benefits proclaimed all over the internet but take these with a grain of salt.

Much like Liu An, Liu Bao is packed into bamboo baskets but usually in much larger quantities of up to 60kg. It is sometimes repacked into smaller baskets for individual sale. Liu Bao was traditionally exported to Malaysia where it was served to Cantonese tin miners there. It was believed to cure the body of dampness and soothe the lungs.

You might be surprised to hear that Japan has two types of heicha. Goishicha comes from Kochi prefecture. The leaves are fermented in two ways. First, they are stacked in a room and covered. After this fermentation is completed the tea is a pickled in a barrel. They are then cut into small blocks and then dried in the sun. Batabatacha is made in Toyama prefecture. The leaves are dried, steamed, and then pressed into a wooden box. The leaves are loosened and then recompressed periodically for about a month before a final drying step. When the brewed tea is served, it is whisked using a special double whisk in order to create a white foam.

A bit of an exception in this list is lahpet, a pickled tea that is eaten rather than steeped. The leaves are steamed, rolled, and then packed tightly into burlap sacks with plastic lining. The bags are then placed in cement containers buried in the ground. Weights are placed on top to help compress the leaves. They are then allowed to ferment for a long as two years. The leaves are served as a salad.

It is now pretty common to find teas that resemble sheng and shou puerh from nearby regions such as Laos, Myanmar, and Vietnam. Leaves are sometimes smuggled over borders in order to take advantage of the demand that exists in the market for puerh tea. I’ve even tried a fermented tea from Malawai! While they may be worth exploring in their own right, these teas are not puerh and should be labeled as such.

If you’re just starting out, I recommend buying from a reputable established tea dealer rather than gambling on eBay or Taobao. There will be time for plenty of tuition tea in the future but it is better to educate your palate about what these teas should taste like first.

Have you ever tried heicha that wasn’t from Yunnan? I’d love to hear about it in the comments!