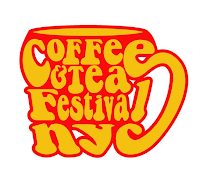 It’s almost time for the New York Coffee and Tea Festival. This is one of my favorite tea events of the year and is definitely a must see. I’m especially excited for the Korean powdered green tea ceremony. Check out the press release below for more information on all of the festivities.

If you plan to attend (and I highly recommend that you do), there is a group of tea Twitter folks trying to put together a tweetup. It will be at 10:00am on Sunday, February 26th. We will need to put your name on the guest list so don’t forget to RSVP! You can do that on the Facebook event or by shooting an email to [email protected] One of my favorite things about tea events is getting to meet the people that I talk to all of the time on Twitter. I hope to see you there!

Starfish Junction Productions, producer of the Coffee and Tea Festival NYC, recently confirmed that the upcoming 7th annual Coffee And Tea Festival being held in New York City on February 25 & 26, 2012 will host the 2012 United States Barista Championship (USBC), Northeast Competition. The Championship is sponsored in part by the Specialty Coffee Association of America (SCAA) and the Barista Guild of America. The Coffee and Tea Festival will be held at 7West, 7 West 34th Street, New York, NY 10001. The event is open to the public and the trade. Tickets and information is available at the event website: www.CoffeeAndTeaFestival.com.

The USBC is a regional and national competition designed to highlight the craft of the barista and espresso-based beverage production. The annual competition cycle consists of 6 regional events that lead up to the final USBC. The winners of each competition will have proven their professionalism, passion and skill through various criteria as outlined in the USBC rules and regulations. In a 15 minute presentation, competitors will prepare and serve three courses of espresso based beverages to a panel of judges who will score them on technique—the top six advance to the national competition. SCAA director of community and events, Marcus Boni, explains that the focus of the event will be much more than just the competition, it will also be “a gathering of like minded coffee enthusiasts focused on a common message of respect for the product they serve, the people who help produce it and the consumer who purchases it.”

As seen on the Food Network’s hit show Unwrapped and selected as one of the 10 Best New York Events April 2009, by www.10best.com, “the Coffee And Tea Festival is a celebration of everything related to coffee and tea,” said event producer Lynda Calimano. “We’re especially delighted this year that our event was selected to host the United States Barista Championship’s Northeast competition. Attendees are in for a real treat,” she added.

The 7th Annual Coffee and Tea Festival also welcomes the cast of the upcoming Broadway show, Coffee: The Musical. With its goal set firmly on landing on Broadway in the fall of 2012, select cast members of the upcoming musical will join in the day’s festivities, including scheduled performances the lead female vocalist of the Trans-Siberian Orchestra, Jodi Katz.

Tickets are $20 each and include sampling from the international lineup of coffee and tea exhibitors as well as attendance at the classes/seminars/demos. Tickets for the event can be purchased at the festival website: www.CoffeeAndTeaFestival.com. Goodie bags will be distributed to the first 1500 attendees each day.