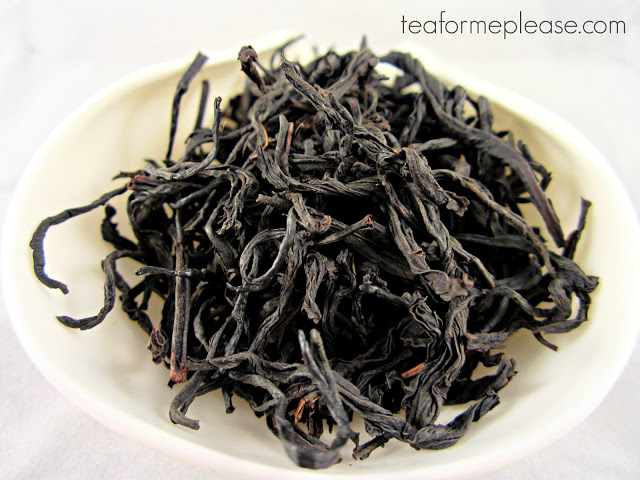 When we think of Taiwanese tea all of the wonderful oolongs that are produced there come to mind. However, one of my all time favorites will always by Ruby #18. You might also see it referred to as red jade. Many people don’t realize this but black tea was once a primary export for Taiwan, particularly during Japanese occupation following the first Sino-Japanese War. Var. Assamica trees were introduced to the Sun Moon Lake region of Nantou because the climate there was ideal.

After over fifty years of research, cultivar #18 was released by the Taiwanese Tea Research and Extension Station in 1999. It is a hybrid between a native variety and var. Assamica from Burma. Although it is one of the newest types of tea produced in Taiwan it has developed quite a following about tea lovers. The leaves are a long, strip style with a uniform dark color. You won’t find the golden buds popular in Chinese black teas but that isn’t a bad thing.

The taste of Ruby #18 is malty as you might expect from an Assam hybrid but there is a lot more complexity as well. Notes of cinnamon with a cooling, minty finish are two of its hallmarks. Licorice, dark chocolate and brown sugar might also pop up along with hints of florals. There should very little bitterness or astringency, making it a self-drinking black tea that doesn’t require the addition of milk or sugar.

Ruby #18 brews equally well in a western or gongfu style. I prefer boiling water but some vendors recommend using water that is 180 to 195 degrees. My standard gongfu infusion time of 30 seconds has always worked well for me. Feel free to push this tea a little harder as it is pretty hard to mess up. Western brew times will vary between 3 and 5 minutes. I usually use a gaiwan but my favorite way to experience this tea is actually bowl brewing. The long shape of the leaves and the lack of bitterness lends Ruby #18 perfectly to this simplified way of brewing.

These are some of the Ruby #18’s that I’ve reviewed here on the blog:

Do you have a favorite Ruby #18? Let me know about it in the comments!