You might be surprised to learn that my tenure at Teavana led me to purchase this tea. My absolute favorite tea while working there was a yellow tea called Golden Dragon. It was unlike any yellow tea that I had ever tried and I searched for a more affordable replacement, even before the company entered its death throes.

All I knew about the tea is that it was from Wuliang Mountain in Yunnan and that there was a wrapping step during processing, making it different from white or green tea. Bitterleaf Tea happened to have a Yunnan yellow tea in their catalog and although it was from a different part of Yunnan, I knew that I just had to give it a try.

The dry leaves were absolutely gigantic, especially in comparison to other yellow teas that I have tried. There were some golden buds visible but the thing I noticed the most were the long and lanky stems. It almost resembled a puerh mao cha in that way. The brewed tea was a pale gold color with lots of sediment and trichomes visible on the bottom of my sharing cup. This is a tea that I would actually recommend drinking unfiltered because otherwise, you’ll be missing out on all of the good stuff that affects mouthfeel.

The taste was sweet with hints of burnt sugar and honeydew melon. A Steepster reviewer likened it to cotton candy. While I didn’t find it quite that sweet, I can definitely see where they are coming from with that tasting note. There was some astringency but the thick, oily mouthfeel more than made up for it. Later infusions brought a slightly more floral lean that lingered on my palate long after each sip.

If you are a fan of Golden Dragon like I am, this is definitely worth giving a try. It’s a bit of a wilder and woollier version but you’ll still get your fix of that buttery smooth sweetness. Have you ever tried this tea? I’d love to hear your thoughts in the comments below! 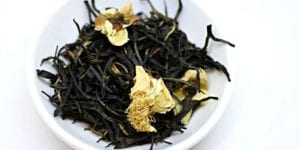 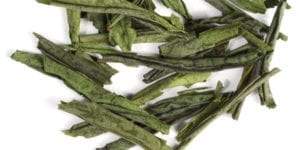 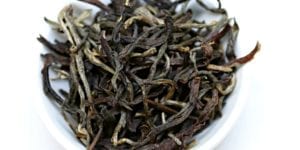