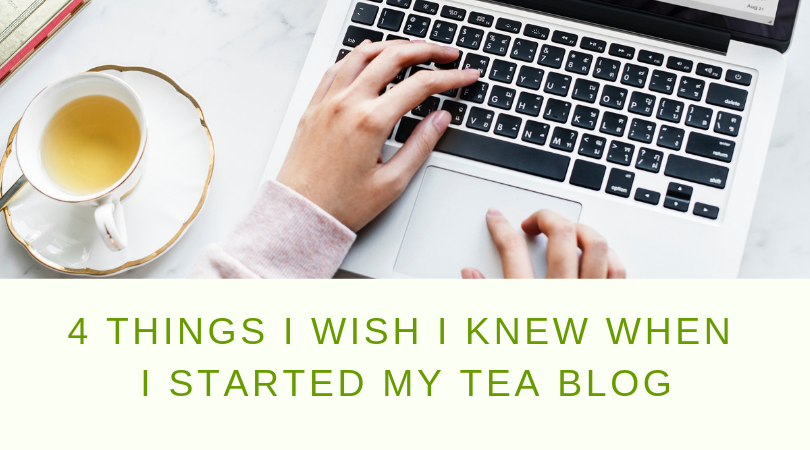 It is hard to believe it but I’ve been writing about tea on the internet for over a decade. Over that time I’ve tasted more than 1,000 teas and learned more about a single beverage than I ever thought possible. Hindsight is always 20/20 but there’s definitely a few things that I wish I had known back then.

Start Off Right From the Beginning

I started this blog way back in 2008. My intention was to create a personal log of the teas that I had been reviewing for Teaviews.com. Paying for hosting just didn’t make sense at the time so I set up shop on Blogger. It was “good enough” but when I started to take my writing more seriously the limitations became more obvious.

Google’s refusal to allow blogs with custom domains to use HTTPS was the final straw that made me look into moving elsewhere. Despite being fairly tech-savvy, WordPress still seemed very over my head so I jumped ship to Squarespace. I loved the easy to use interface and thought that my problem had finally been solved.

Finding myself in between jobs, I took the advice of Jee from Oh, How Civilized and signed up for an SEO course. That was when I discovered my sitemap was irreparably broken in the move to Squarespace. It’s a bit complicated to explain here but let’s just say that this was very, very bad.

In January I had to emergency transfer my site to WordPress. Squarespace did not properly export everything so I had to then manually rebuild a decade’s worth of content. In many ways, the blog is still recovering from this blunder. If I could go back in time I would tell my past self to stop being lazy and set the blog up properly on WordPress from the start. It would have saved me an awful lot of time and aggravation.

When I first got into tea, I was a sponge that sucked up every bit of information that I could. While that isn’t a bad thing, part of me that believed I would eventually be able to learn everything there was to know about tea. That is where I went wrong. I wish that someone had told me to slow down and just enjoy the tea for its own sake every once in a while.

One of my favorite things about tea now is that I am still learning new things every day. There is never going to be an endpoint and I am OK with that. In fact, that is what has kept me going all of these years. My journey with the leaf has taken me places I never thought possible. Similarly, the possibilities for the future are endless. How exciting is that?

“The more I learn, the more I realize how much I don’t know.”

It’s OK to Say No

I was so excited when I got my first offer of samples for the blog. That is not something I ever expected to happen. As my blog grew, more and more companies started reaching out. My bedroom quickly became a disorganized tea-covered mountain of stuff. I was overwhelmed to the point that writing reviews became more like a job than a fun hobby.

Burnout happens to every blogger at some point and when it hit me, I knew that something had to change. From that point on I decided that I would only write about teas I was truly passionate about. I stopped accepting samples for a period, which allowed me to work through the pile of what I already had. One of the best changes I made was writing a review policy that made it clear what my new direction would be. Life is too short to spend it drinking mediocre tea.

Nowadays I say no way more often than I say yes. A big part of that is having a clear idea of what my preferences are and where I want the blog to go. My tastes have evolved over time and the blog has changed along with them.

Every person has an inner critic who tells us that we are not good enough. For some, that voice is louder than it is for others. I’m not sure where I first saw the term “imposter syndrome” but the moment I heard it, I knew that it described exactly what I had been struggling with. I also recognized it as a feeling expressed by friends who had stopped writing their blogs altogether.

It is a challenge for any content creator to avoid focusing on the numbers and comparing yourself to other people. I wish that past me had known none of that matters. The only person that you are really in competition with is yourself. My biggest piece of advice for new bloggers is to just be themselves. A genuine passion for tea is what keeps me coming back to read blogs like those featured in my Friday Roundup every week.

A question for my fellow tea bloggers: Is there something that you wish you had known when you first started out? Tell me about it in the comments below!