On Saturday I was surprised to find that we were sharing the convention center with a comic convention. There were cos-players everywhere! That is one hobby that I never got into but I was pleased to see some nostalgic movie cars outside.

I was a bit over expo’d at this point so I went for a bit of a walk around downtown Long Beach. Ice cream makes everything better so I grabbed something sweet from Coldstone Creamery. The fresh air, sunshine and sugar rush did the trick and I was ready to get back at it.

Upon returning the convention center I just sort of wandered around and stopped by any booths that I had missed previously. Traversing the floor with +The Snooty Tea Person, we stopped to see a demonstration from the Steampunk brewing machine made by +Alpha Dominche. It really gives the BKON brewer a run for its money and from what I’ve heard, produces a slightly better cup.


One very cool thing that we spotted was a log of hei cha at Tea Source’s booth that was taller than I am. I had only seen smaller ones previously and rarely at that. The affable Bill Waddington had some laughs and shared stories with us about how he first discovered this tea. He had us cracking up with tales of his cutting the log with a chainsaw at last year’s show. It was unbelievable how quickly the show tore down once everything was all over. That crew works fast!
Once the show was over, it was time to get the party started. +Tealet played host at the beach house we were staying in. This was probably one of my favorite events of the weekend. I met a ton of new tea loving people and had a blast. Although there was plenty of non-tea beverages being consumed we also took a moment to share some Ju Duo Zai, one of my favorite Phoenix oolongs. 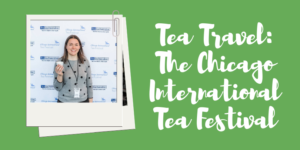 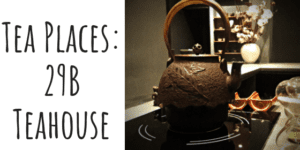