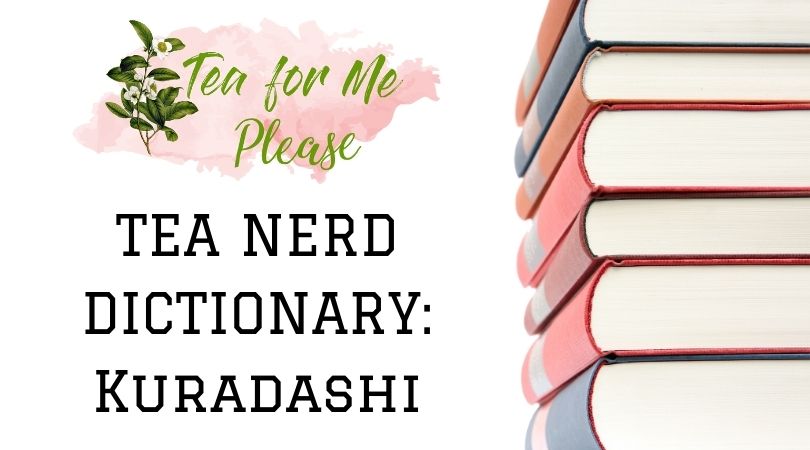 We often think of Japanese green tea as something that should be enjoyed right away, while it is still fresh and vibrant. Kuradashi tea is an exception to that rule. In this post, we’ll explore what kuradashi is, the history behind it, and where you can find some special aged green teas to enjoy.

Simply put, kuradashi tea is intentionally aged Japanese green tea. The name can be translated to “removing from the warehouse’. This method was originally used for tencha destined to be made into matcha, but gyokuro and sencha can also be aged in this way.

Kuradashi tea leaves are put into unsealed foil bags placed inside wooden boxes stored in a special refrigerator. It is a delicate balance of allowing some exposure to oxygen but not too much. The temperature needs to be cool but not too cold to avoid condensation. As I’m sure you can imagine, this process could easily go wrong if not done properly.

Over time the taste of the tea becomes more rounded, mellow, and sweet with deeper umami. I have noticed that these aged teas brew up much clearer than their fresher counterparts. They are also much less delicate, so there is not as much bitterness.

The tea is traditionally stored away in the spring and released from storage in the fall. Kuradashi teas are usually aged for anywhere from 6 months to 2 years. Most matcha could be considered kuradashi because tencha is almost always allowed to age before being ground into a powder.

Keep in mind that this is not the same as tea that hasn’t sold or the long-expired teabags in the back of your kitchen cabinet. It is also different from puerh or oolong because the aging process is usually much shorter term.

The history of kuradashi tea goes back to the Edo period. Before modern refrigeration, it much more difficult to store tea for a long period of time. Urns were sent to Uji to be filled with tea leaves and then ceremoniously carried back to the capital. Five to seven handlers were required to transport and guard the precious jars. It took about six months to make the journey, so the tea’s arrival marked the arrival of that year’s shincha.

I did quite a bit of searching but could not find any pictures of the jars used. The descriptions I have read seem to resemble Chigusa. If you would like to learn more about this subject, I highly recommend reading A Bowl for a Coin: A Commodity History of Japanese Tea by William Wayne Farris.

The tradition is still carried on to this day through Chanoyu. The release of the kuradashi tea coincides with the changing of the seasons. A special gathering called kuchikiri is held to celebrate the opening of the tea jars. The tea room layout is changed at this time to use a sunken hearth for heating water.

Where to Find It

Kuradashi tea can be hard to find, especially for those of us outside of Japan. They are usually more expensive than standard teas due to the aging process. I recommend looking for a vendor that specializes in Japanese green tea. October to December is the best time to purchase, and some companies will offer pre-orders in advance of the new tea’s arrival.

Here are a few of my favorite companies:

Please feel free to let me know if you know of any companies that should be added to this list.

Have you ever tried kuradashi tea? Let me know your thoughts in the comments below!