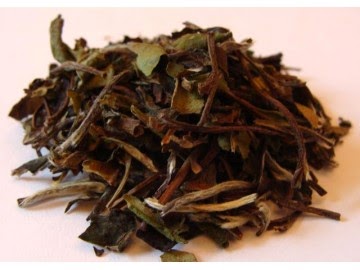 I’ve written about several U.S. grown teas here but never in my wildest dreams did I ever think that I would be writing about a tea that was produced on a Biodynamic farm in Michigan. As you all know, if I write about something unusual it most likely came to me from esoteric tea hunter +Geoffrey Norman. He wrote about this tea back in April and was kind enough to share some when we met up at World Tea Expo. The leaves looked a bit broken and stemmy but very much like a Bai Mu Dan style white tea. Light of Day Organics’ steeping instructions struck me as way too low temp so I sort of winged it. The taste was earthier and smokier than I had expected but it was still light and very pleasant. There were notes of pine along with an interesting hint of vanilla. I was worried about it being able to hold up to gongfu style brewing but it held like a champ. This one is definitely worth checking out if you are a fan of white tea.