Today I’m featuring a guest post written by Ricardo Caicedo. His blog, My Japanese Green Tea, is fairly new but it has quickly become one of my favorites.

My first encounter with green tea happened thanks to my dad. Occasionally, he would take the family to a Japanese restaurant, and he would order green tea because “it is good for digestion”.

The remarkable thing was that when I was young, that was one of the few Japanese restaurants in Colombia, and possibly the first. It still exists today, it’s named Hatsuhana.

I think my dad was ahead of his time when it came to foreign food. Back then, most Colombians his age wouldn’t dare try sushi, let alone drink green tea.

At the time, I didn’t think much about green tea, or any other tea. I thought it tasted ok, but wouldn’t want to drink it everyday. I didn’t even like coffee, my country’s national beverage. I still don’t, by the way.

I was fortunate enough to study in the University of Miami. There I met people from all over the world. Most of my friends were Japanese, because a university from Japan had an exchange program with the engineering department where I studied.

Spending time with my Japanese friends, I learned about their culture and food. I noticed that green tea was an important part of their culture, they even had a ceremony for it. Still, I never thought about brewing my own green tea, as they did.

Later on, I started taking Japanese classes and even had a Japanese girlfriend! Because of that, I got to visit Japan on a one-month trip.

I quickly found that in Japan, green tea is everywhere. You’ll get it for free in many restaurants, there’s bottled green tea in vending machines, and green tea ice cream is popular too. I later realized that the green tea used in food was matcha.

My girlfriend’s parents were very kind to me. One of the things they gave me as a gift was a Japanese tea called genmaicha. It’s still my favorite type of green tea, a wonderful blend of green tea leaves and roasted rice.

I tried many types of Japanese green tea, such as sencha, houjicha and kukicha. I was amazed with the fact that each one had it’s own distinctive taste and brewing method! I must confess that I was so ignorant about green teas until then, that I thought that they were all basically the same.

Years later, after living in Japan for a year and finally reaching an acceptable level of Japanese, I decided to write a blog about Japanese green tea.

It seemed like a crazy idea at first. All other tea blogs wrote about tea in general. Why would anyone read my blog, being so specialized? What if most people preferred other types of tea?

Eventually, I convinced myself that it wasn’t such a bad idea. Besides, I drink green tea 90% of the time. I couldn’t write a blog about tea in general even if I wanted to.

Now I know that plenty of people read my blog. Every now and then, I receive emails from readers with questions about Japanese teas!

My goal is not that you’ll drink green tea every day. I just want to share my experiences with you, in case you’re at least slightly interested in drinking Japanese green tea, and even if you’ll only do so when visiting a Japanese restaurant.

About the author:
Ricardo Caicedo is a blogger from Colombia. His dream is that his blog, My Japanese Green Tea , will one day become the best place to find information about Japanese teas. 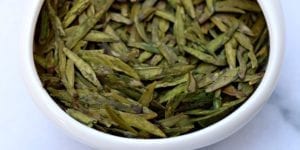 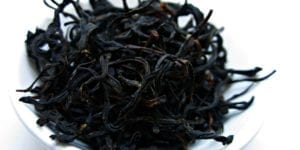 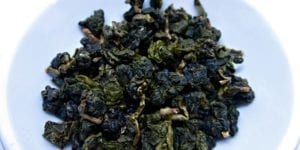