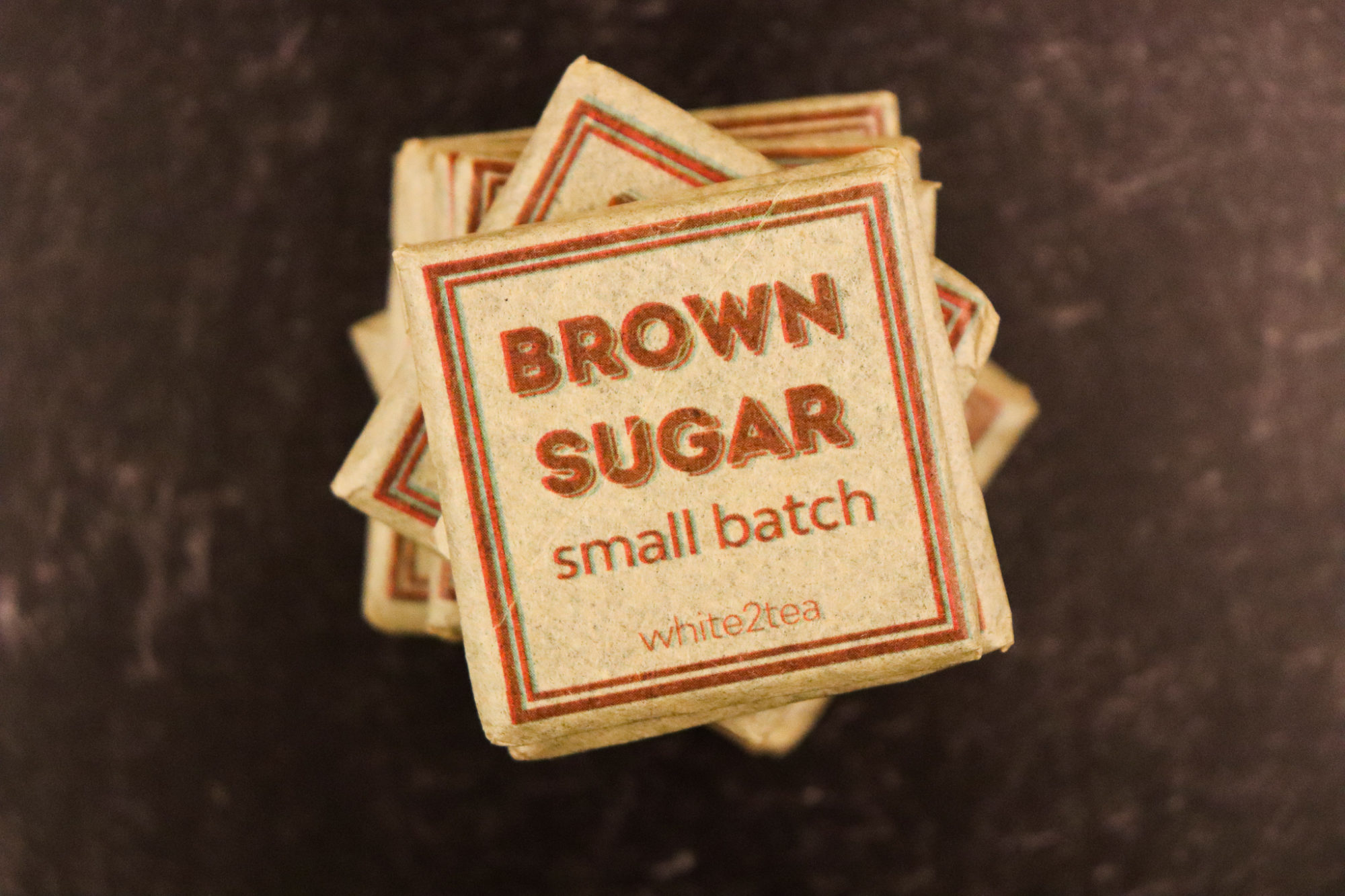 Last year I treated myself to the White2Tea tea club. I’ve since stopped it due to tea overload, but it was such a fun experience! One of the big advantages of the club is that you get to try new teas before they are released. The September shipment included a stack of mini squares of 2020 Brown Sugar. It is a shou puerh that was custom made by White2Tea in small batches. Paul has some fascinating thoughts about the reasons for this on the company blog. I don’t drink shou puerh very often, so one of the things I enjoyed most about this subscription was that it pushed me outside of my tea comfort zones.

The dry leaves were pressed into fairly thin, wafer-like squares of 8g each. They were fairly dark with some buds visible. It looked like a few different leaf grades were used because they were not uniform in color or size. I brewed this tea gongfu style using a porcelain gaiwan and fully boiling water. My infusions started around 30 seconds and that was gradually extended towards the end of the session. The leaves opened up quickly, so I didn’t feel the need to do a rinse.

White2Tea 2020 Brown Sugar brewed up very dark. There was a reddish tinge to the liquor that made it almost look maroon at the edges. The taste was smooth and incredibly sweet, with notes of molasses dominating throughout. White2Tea’s letter warned that it might be a little damp since the tea had recently pressed it. There was some funk there if I looked for it, but it wasn’t offensive at all.

The mouthfeel was thick and with a finish that was just slightly dry. I tried this tea again seven months after my initial tasting, and it had settled down quite a bit. The molasses was still there, but there was another level to the sweetness that reminded me of flat cola. That probably sounds weird, but it was good! I would definitely recommend this tea, especially if you are new to shou puerh.

The mini squares that I received are not available for sale but the good news is that you can purchase 200g bricks or 25g samples.

Have you ever tried White2Tea 2020 Brown Sugar? Let me know your thoughts in the comments below.