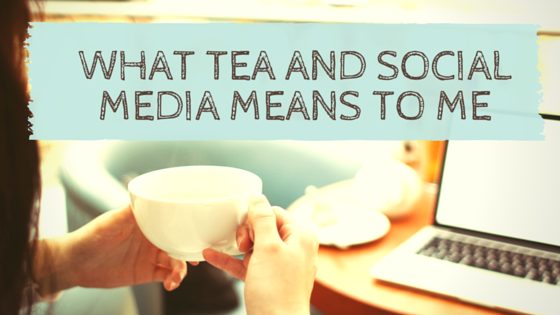 Last week was spent in Las Vegas at World Tea Expo (you all expect in-depth coverage next week). It’s an event that I look forward to every year, mostly because it’s a time of connecting in person with those who I usually only converse with online. I thought this might be a great opportunity to share my thoughts about what tea and social media mean to me. The topic is particularly timely because I just gave a seminar on this very subject.

When I first discovered tea, I was living in a bit of a vacuum. Dorming at a college about forty miles away from home meant that it was just far enough that I didn’t get to see my friends and family as often as I would have liked. Not being able to share my newfound passion for tea with anyone nearby led me to turn to the internet in search of knowledge and a sense of belonging. I found that almost immediately on Twitter. It was so exciting to find real people who were even bigger tea nerds than I was at the time. I’m a rather shy by nature so exploring tea online suited me just fine.

I wrote reviews for Teaviews.com for a number of years but decided to give tea blogging a try after discovering a couple of the tea blogs that existed back then. It was never intended as a serious endeavor. +Tea for Me Please started out as a log of my personal tea experiences. It actually came as a shock when other people started reading what I was posting. Since then I’ve connected with some truly amazing people around the globe through blogging and using social media. There is a core group of fellow tea bloggers that have become more like a family (you all know who you are!).

For this reason, social media is so much more than analytics and the number of followers. It’s how I explore tea and connect with my readers. It has also provided an opportunity to form friendships that I would have struggled to find otherwise. An introvert like myself is very unlikely to speak in public. I was beyond nervous while doing it but I was able to push past those insecurities in large part because of connections formed on social media. Seeing so many familiar faces in the audience was more reassuring than I can find the words to explain.

What do tea and social media mean to you? I’d love to read your thoughts in the comments!