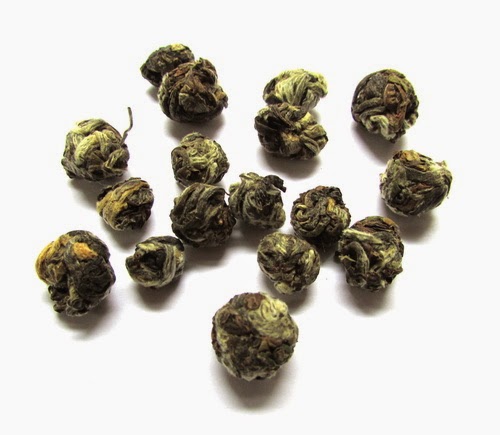 This tea is all kinda of unusual so I was really excited to give it a try. Nepalese teas seem to be all the rage these days but I’ve rarely seen oolong and never in pearl form before. The taste was really mellow at first. After a few sips I started getting really nice notes of stone fruit. There was a subtle sweetness as well as floral notes in the background. The second infusion allowed the tea to open up and the peachy stone fruit quality became ever more pronounced. There was no astringency or bitterness to speak of. Pearl teas take some time to open up so I would definitely suggest going for at least two rounds with this one. I almost wished that I had done a rinse first. No milk here but you could use some sweetener if you really wanted to. This is the first tea that I’ve tried from What Cha but there is a whole bunch of Nepalese teas from them waiting in my “to do” pile. I can’t wait to share them with you all.