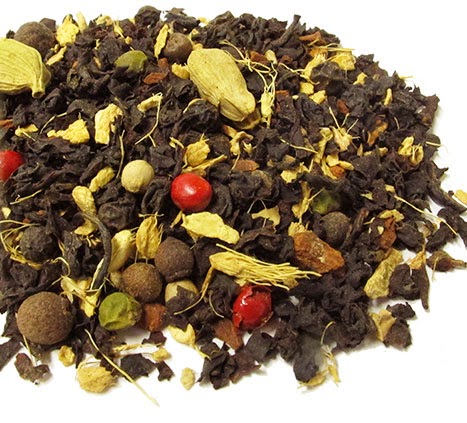 Somehow the word chai became synonymous with spiced tea here in the U.S. even though the word is actually Hindi for tea. Therefore when you are in line at Starbucks and order a chai tea, you’re really asking for tea tea. The correct term would really be masala chai, which indicates the typical spices used in this type of blend. This rendition from The Tea Spot was a fairly typical, plenty of kick and a bold black tea base. This style of tea is the one case where I think CTC style leaves taste better, especially if it’s an Assam. That is exactly what they used here. Ginger and cinnamon were the dominant spices but I was able to taste the other ingredients as well. I drank it straight but it would work well with milk and sugar if desired. I can’t quite pin it down but there just seemed to be something missing. Perhaps it was the chai flavoring that threw me off? The full impact that I expect from this type of tea just wasn’t there. This is something that really comes to down to a matter of personal preference. For some chai drinkers, this blend is exactly what they are looking for.