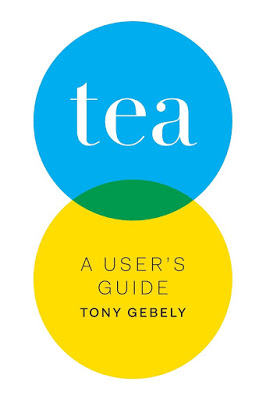 My favorite thing about being part of the tea community is having friends who do really cool things. This is one of those times. I think we’ve all been eagerly anticipating the book that +Tony Gebely has been working on ever since it was first announced. Not only is it the book we all wanted, it’s also the book we needed.

I’ve written reviews of over 50 books on tea and have read countless more. What I’ve found is that there is a ton of content overlap. Many of these books repeat the same exact information, just in slightly different ways. What makes Tea: A User’s Guide stand apart is its straightforward, no-nonsense approach. You won’t find poems or diatribes on historical events that are loosely based in fact. The element of culture has been removed from the equation in order to get down to the real nitty-gritty. I think this simplified and unfetishized perspective is incredibly helpful, especially for those who are just getting into tea.

This book is about as factual as you can get without being intimidating or snobbish. Everything from tea harvesting and processing to the categories of tea is covered in an in-depth but easily understandable way. The mechanics of brewing of tea is treated in the same way. Nothing is dumbed down but the reader isn’t left scratching their head wondering what he’s talking about either.

I read through this book fairly quickly. It took just a few days of my daily commute to work. That being said, this is definitely something I’ll be keeping on hand as a reference book. The index alone is incredibly well done. I can look up a Chinese tea name and easily find the pages that reference it. Each chapter is also laid out in a thoughtful, intuitive way. Some of the content has appeared on WorldofTea.org in various forms but trust me, you’re going to want to have the whole kit and kaboodle at your fingertips.

As much as I enjoyed reading the Kindle version, I have an older model so everything was in black and white. The printed version is infinitely better for that reason. The photography of all of the tea varieties featured, particularly the liquor, is absolutely spot on. It can be hard to translate color correctly but Tony has done a beautiful job.

Preview copy of Tea: A User’s Guide was provided by the author.