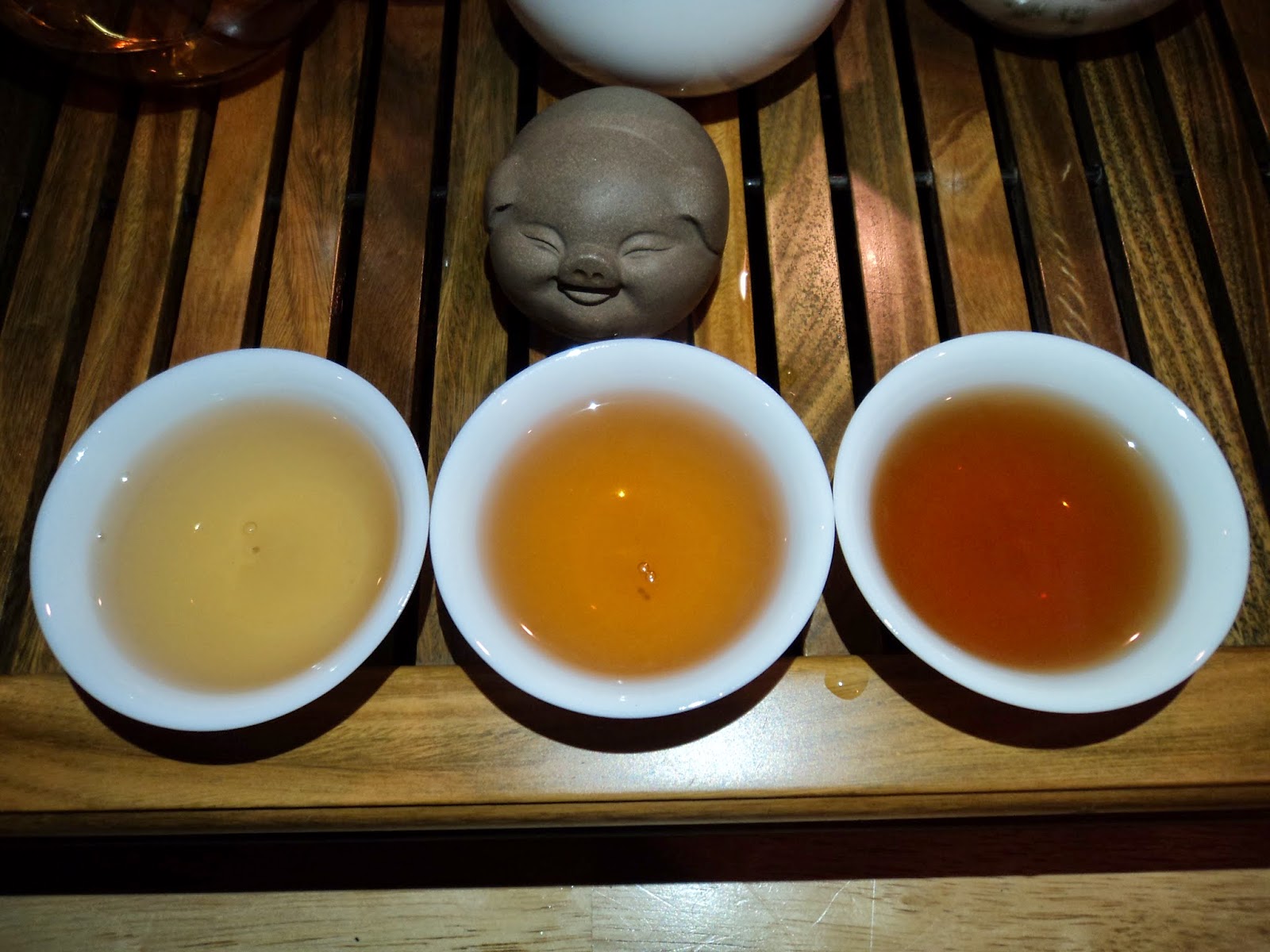 The kind sir behind +White2Tea sent me a package of tasting samples last year after I asked a total newb question on Tea Chat. How cool is that? I’ve been slowly working my way through them and they’ve really helped me to learn the ropes a bit more. Some of you might remember the previous tasting that I did with their 2013 Jingmai – Old Arbor vs Plantation. This time around I’m tasting three raw puerh, each with different storage methods. Storage of aging teas is an often controversial subject in the tea world. There are several schools of thought on this and there probably won’t ever be a consensus. For more information on storage methods, check out this great article by TeaDB. As a matter of personal preference, I find that I most enjoy tea that has been stored in drier conditions. Part of that is likely my limited experience with wet stored tea.

I brewed 5 grams of each tea in gaiwans of the same approximate size. Boiling water for 30 seconds is my standard practice so that is what I followed here.

First up is a 1990’s Yiwu with dry storage. Tea from this region is known for being relatively mild. It brewed up the lightest of the three. The taste was more vegetal and the mouth feel was quite a lot thinner.

Next we have a 1990’s traditional storage puerh. While we don’t know the region, a difference in how quickly this tea has aged is definitely apparently. The leaves are darker, looking more like shu than shung. The resulting brew was darker and the mouth feel was somewhat thicker.

Last but not least was a 2001 Changhai Red with heavy traditional storage. This one had the most dramatic differences from the others by far. The leaves actually appeared to have broken down a bit. It brewed up the darkest of the three and the mouth feel was even thicker. A funky mustiness dominated the first few brews. If I was drinking this tea on a regular basis I’d probably do some heavy duty rinsing.

Needless to say, I was extremely over-puerh’d after this tasting. I still prefer my leaves young and dry but I might not be as hesitant to try traditionally stored teas. One of my favorite things about tea is that even after eight years of rabid drinking, I’m still learning and trying new things. My piggy tea pet, Zhu, was also very happy to get so much tea in one session 🙂