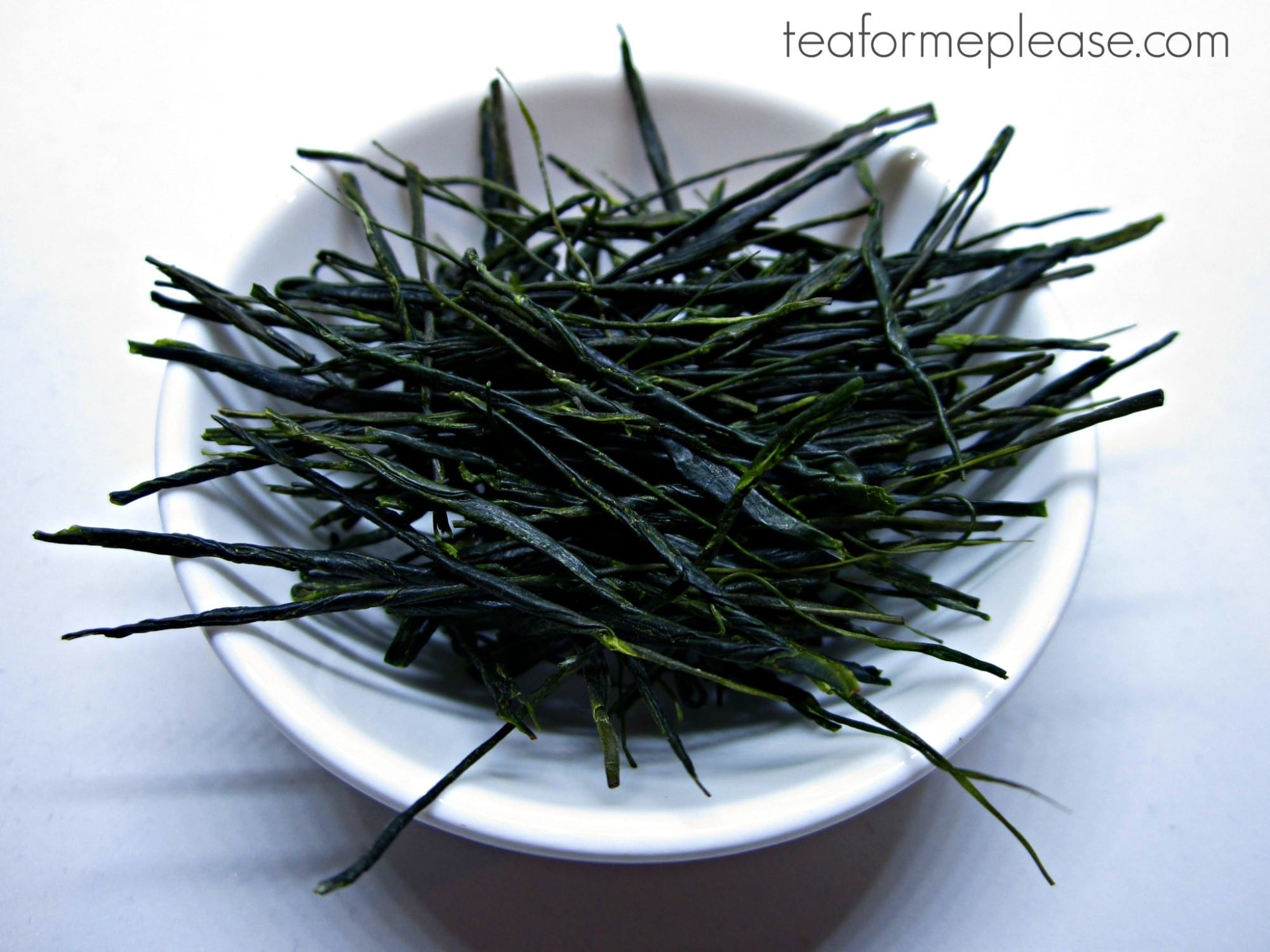 Harvesting and manufacturing by machine is the industry standard for Japanese teas. There are many reasons for this but as a result, the art of making tea by hand is a dying art. Temomi (hand-rolled sencha green tea) is rare because it is time-consuming to produce. Small clubs throughout Japan work to create small batches each spring.

I have never tried a sencha so I asked Twitter for recommendations. Ricardo from My Japanese Green Tea directed me to Sugimoto America and I am so glad that he did. They are now sold out but this tea is too special to not share it with you all.

At $20 for 10g of leaves, it is definitely on the pricey side. The folks from Sugimoto America included a sweet handwritten note and several thoughtfully selected samples with my order. Little touches like that really make a company stand out from the crowd.

The dry leaf of this tea was unlike any Japanese tea that I have ever seen. They were so long and spindly that they were a bit hard to handle. The individual needles had a lovely sheen and were impressively intact. I originally wanted to use my tiny houhin but settled on a kyusu since the opening is much wider.

This tea brewed up incredibly pale. It had a slight greenish tinge to it but otherwise, it was almost clear. My kyusu was filled with a fresh, vegetal aroma. I couldn’t help but inhale deeply as the tea was brewing. The first infusion started out airy and light with a lot of sweetness. This transitioned to notes of honeydew melon with plenty of umami. It was much less vegetal than I would usually expect from green tea.

It is too bad that I didn’t have my new camera yet when I drank this tea because the unfurled leaves were unbelievably beautiful. I definitely see myself ordering temomi again, perhaps as an annual special treat.