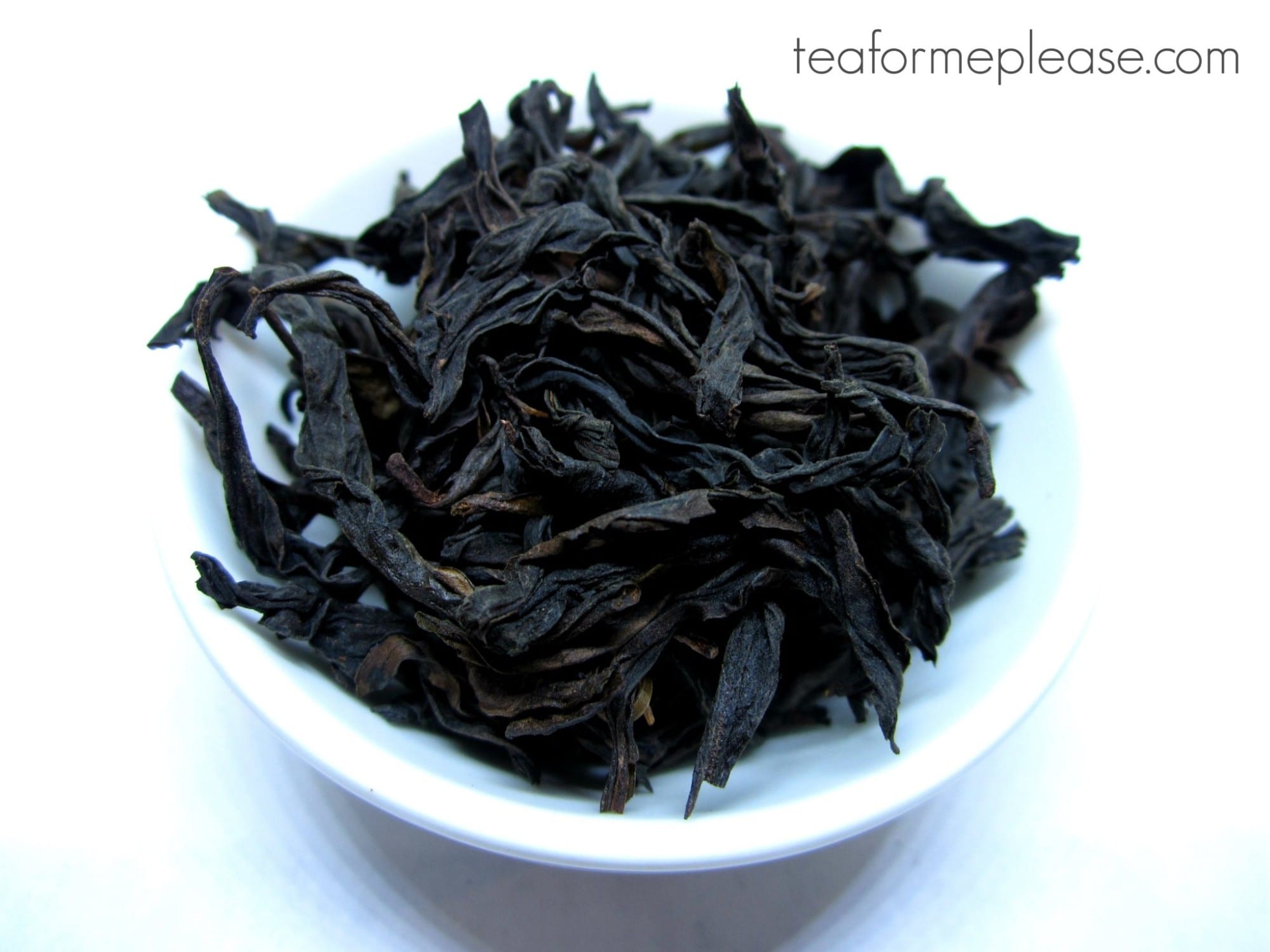 Da Hong Pao tends to be the star of the show when it comes to Wuyi oolongs but there are lots of other great teas to explore. Tie Luo Han, or Iron Arhat, is one of the four original varieties. The name comes from the warrior monks that practiced kung fu in order to guard temples in this region. Legend has it that this tea was discovered growing near a cave by a particularly strong monk with bronze colored skin. There are mentions of Tie Luo Han going back as early as the Song Dynasty. How cool is that!

Seven Cups is one of my go-to vendors for Chinese teas. I really appreciate the depth of information that they provide. They provide everything from harvest time to picking standards and processing. They even have a picture of what the Tie Luo Han leaves look like before processing! Make sure you check that beautiful photograph of the garden with the famous Wuyi cliffs in the background.

I prepared approximately 7g of this tea in a porcelain gaiwan with fully boiling water. The dry leaf was small and uniformly dark in color. Wuyi oolongs are usually a bit broken because of the processing but this one was mostly whole. There was a roasty aroma was apparent as soon as the leaves were added to the warmed gaiwan. The liquor had a lovely reddish amber color from the first infusion to the last.

The roast I experienced from the dry leaf was echoed in the taste, followed by a distinct minerality. They’re called rock teas for a reason! Terroir is so very important when it comes to tea. The finish was surprisingly floral. It had a subtle sweetness that lingered on the sides of my tongue long after each sip. There was hardly any bitterness, even when the brewing time was extended for later infusions. Seven Cups’ brewing guide video made me want to give it a try grandpa style. I’m going to need to pick up more of this tea soon.

For those that want to get really nerdy, I recommend reading this blog post from Steep Stories. He tasted this tea side by side with a Da Hong Pao from the same producer. I love that Geoff compared the tea master’s style to Gary Oldman’s versatility as an actor.