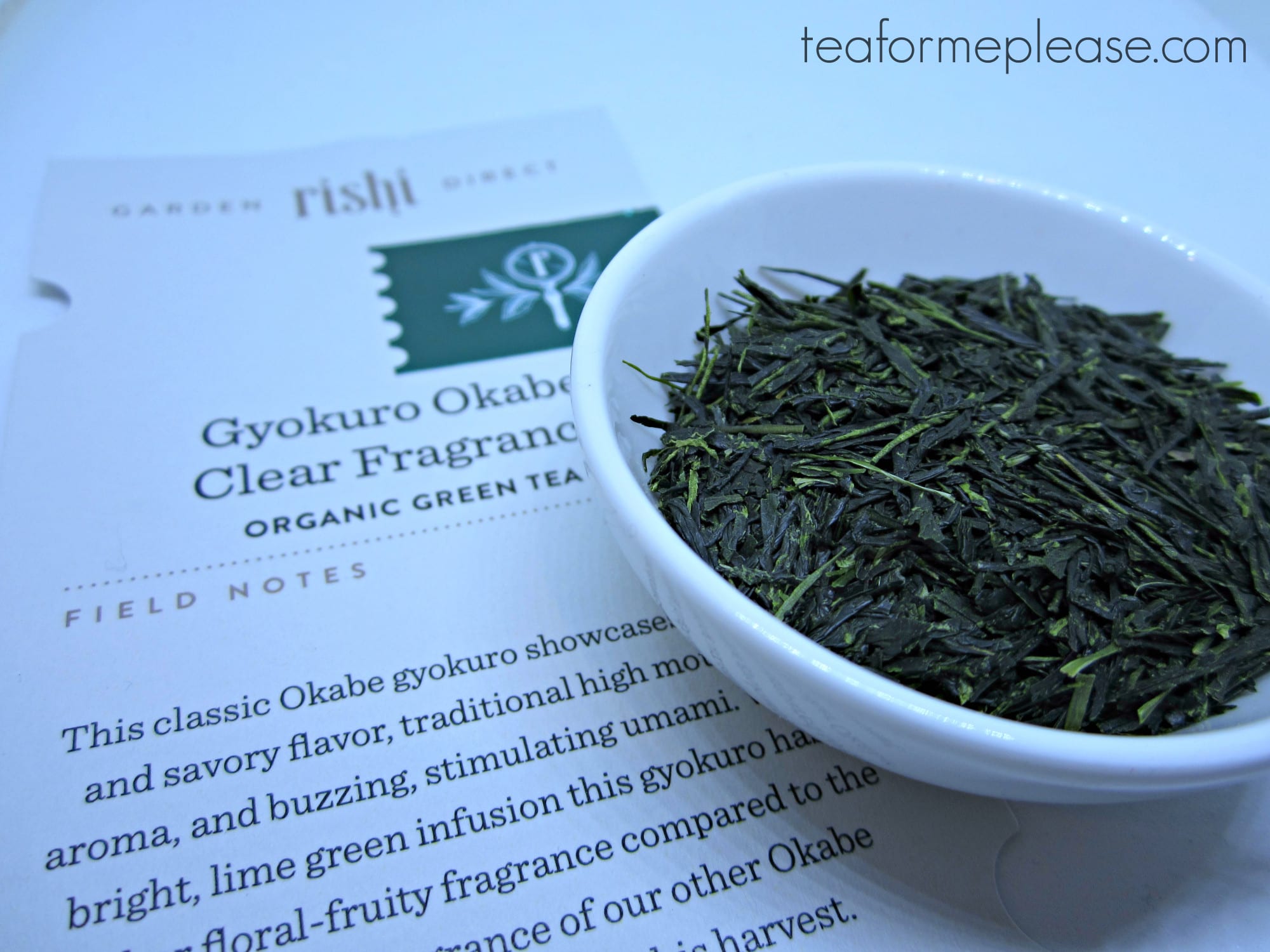 I generally make it a policy to only write about tea that my readers can purchase for themselves but exceptions are made for truly special teas. Rishi Tea has a large catalog of teas and it is constantly changing. Gyokuro Okabe Clear Fragrance was part of their 2016 seasonal “garden direct” line. I received this tea in my goody bag from a tea party that I had with friends last October. I’ve been enjoying it immensely since then but have only just now had the time to do write up on it.

I had to break out the houhin, sort of a Japanese version of a gaiwan, for this tea. There’s no handle but they usually have a lid with a spout to help filter the leaves. I think they’re the ideal vessel for brewing delicate green teas like gyokuro. Smaller, concentrated infusions are perfect for when I’m drinking on my own (which is most of the time). They give more control and you don’t need to use nearly as much leaf as you might when brewing with a kyusu or larger teapot. This is especially useful for more expensive teas since it lets me stretch them out a bit further.

The taste of this tea was intensely vegetal, so much so that the tasting notes I jotted down were “straight-up broth” and “all the umami”. Doesn’t that just make you want to drink gallons of this stuff (provided you’re a fan of Japanese greens, of course)? There was some astringency but only enough to give it a refreshing vibrancy. Keep your water temperature low as recommended and you’ll avoid getting any unpleasant bitterness. Subsequent infusions grew sweeter with a floral finish that lingered on my palate. I could definitely imagine this tea being fantastic as an ice-brewed treat in the summer months.

I really hope Gyokuro Okabe Clear Fragrance does come back at some point because it is definitely one that I’ll want to restock once I finish my bag. The fact that this tea still tastes so good nearly two years after production speaks volumes about the quality. Unoxidized teas are always the most susceptible to deterioration over time. This year’s offering is a blend of three cultivars but has similar tasting notes so I may just have to give it a try.