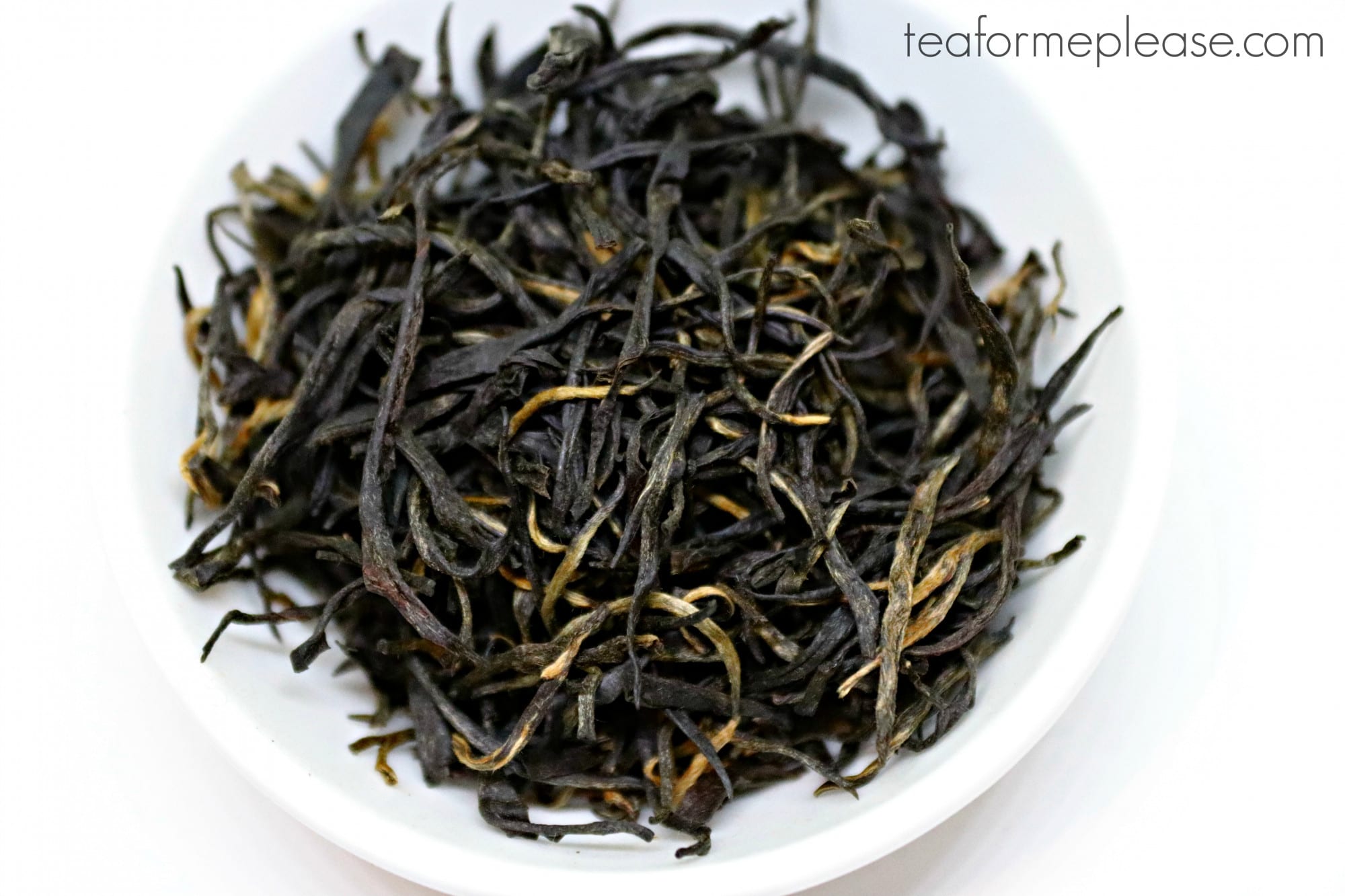 I’m excited to share my second review from Dallas, Texas-based Rakkasan Tea Company. If you aren’t already familiar with them, I recommend checking out this article from Inc. The company was founded by two U.S. military veterans. They import teas from post-conflict countries as a way to promote economic development.

I was particularly excited to receive a sample of this tea because I have been a fan of Amba Estate in Sri Lanka for a long time. Not only do they share their revenue with employees but the teas they make are incredibly delicious to boot.

The dry leaf was dark and spindly with scattered golden tips. I almost had trouble fitting them into the little bowl that I use to take pictures. They were mostly whole with a refined appearance that shows that they were processed with care. Trichomes were visible on the inside of the packet the leaves came in, always a promising sign.

I opted to brew this tea in my porcelain cupping set. I like to think of them as western-style gaiwans. The leaves have room to open and it’s a nice way to make just enough tea for one person.

Amba Ceylon Black brewed up a pretty shade of reddish-brown. Once unfurled I was able to see quite a few slender buds. The plucking standard was more selective than I would have expected for this type of tea. I immediately noticed a distinctive “black tea” aroma that is so hard to describe yet it is a scent that has been seared into my sensory memory.

The taste was fruity and malty with floral hints of rose in the finish. It was full-bodied with just the right amount of astringency. The sweetness of the tea became even more pronounced as the liquor cooled. This is definitely what they would call a “self drinker”. Adding anything to this tea would likely cover-up its nuances.

Have you ever tried tea from the Amba Estate? Let me know your thoughts in the comments below!