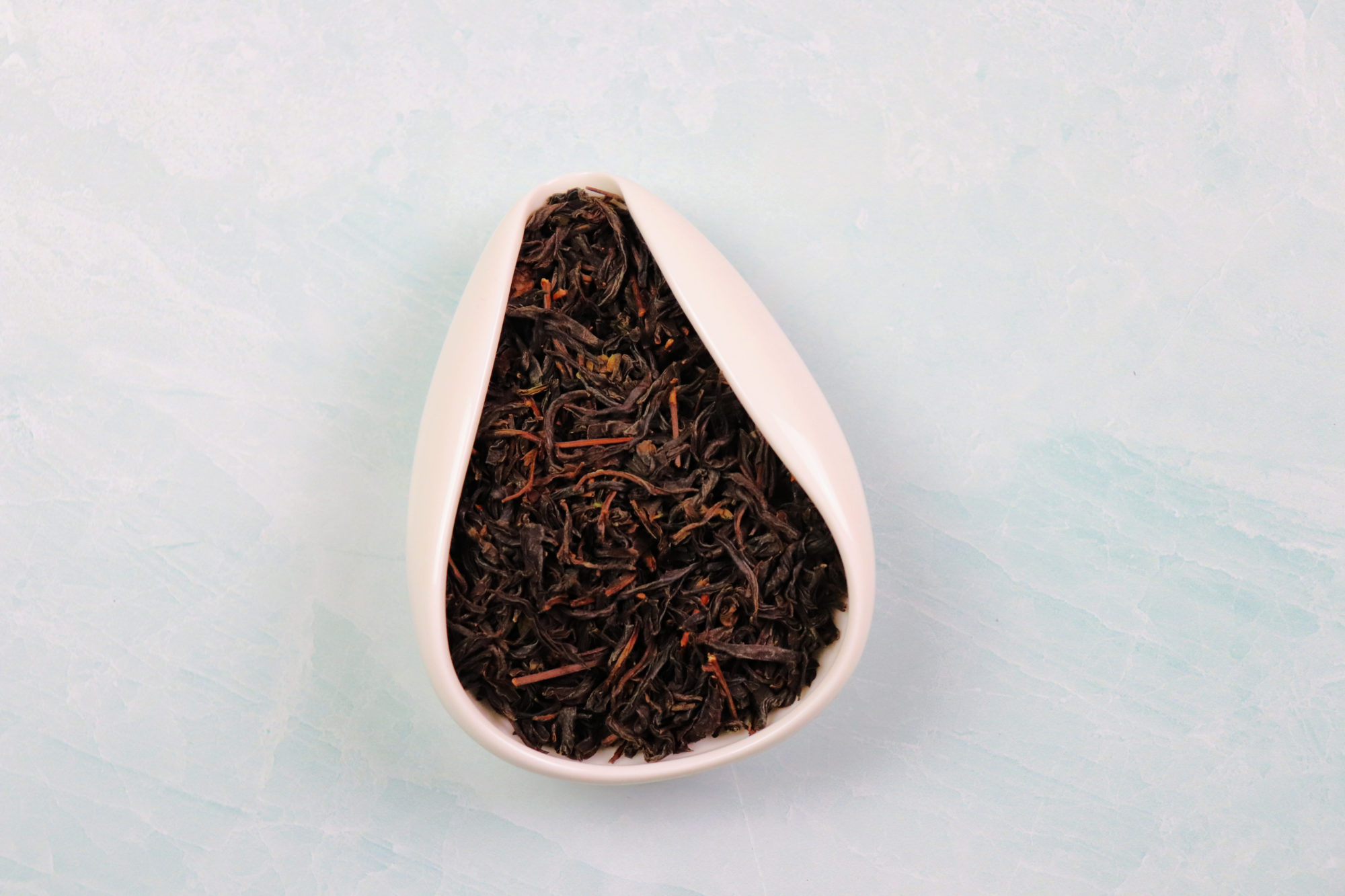 I purchased a copy of Easy Leaf Tea from Postcard Teas and they kindly included a packet of their Nara Black with my order. Japanese black tea doesn’t usually pack much of a punch but this one seemed promising. It was made from the Benihikari cultivar, a hybrid of Camellia Sinensis Sinensis and Camellia Sinensis Assamica. According to their website, the farmer does not use any artificial pesticides or fertilizers. Fallen leaves and grasses from the nearby forest are used to enrich the soil instead. That is a very unusual thing to see in Japan.

The dry leaves were small and dark, with some twiggy stems visible. Under the brightness of my photography lights, there was some green coming through. That became even more apparent once the leaves had been brewed. Postcard Teas recommended using water just under boiling. Weirdly enough, they give the number of possible infusions but not a suggested brewing time. I went with 3 minutes to start and that seemed to be a good choice. It’s definitely worth experimenting a bit if you prefer your tea to be a bit stronger.

Nara Black brewed up a dark amber color. The taste was smooth and sweet yet slightly savory at the same time. Notes of pine sap and roses faded into a crisp and clean finish . It reminded me more of Ruby 18 than Assam in its level of robustness. There was a menthol-like cooling sensation in the aftertaste that I found really intriguing. It held its body well through multiple infusions. There was some astringency but it never crossed over into unpleasant or bitter.

I would definitely recommend this tea to anyone who enjoys pure black teas that don’t need the addition of milk and sugar. As far as Japanese black teas go, Nara Black is among the best that I have tried. It is currently sold out but Postcard Teas offers several other Japanese black teas if you would like to give one a try.

Have you ever tried Postcard Teas Nara Black? Let me know your thoughts in the comments below!