I’ve worked in the crazy world of retail for most of my adult life. A little less than two years ago, I left the insanity behind for my first desk job. I was giddy with the thought of being able to make a cup of tea whenever the need called. I even had hopes of sharing my passion for tea with my coworkers. Unfortunately, I soon found that I was surrounded by coffee lovers. I brought in an old electric kettle from home along with my perfect steeper, a mug and lots of leftover tea samples. We have hard water at the officer which makes tea taste rather flat so I don’t usually bring in anything too fancy. I generally drink three to four cups a day while I’m at work and they really help to keep my going.

Occasionally my tea gear has garnered curiosity but usually not much more than a second look. It has been interesting to see the assumptions that people made about me due to my tea habit. Many thought that I must be some kind of health nut (they had apparently not seen the snack hoard inside of my desk). And then, it happened. The staff in our order department started asking me about tea. I obliged by bringing in a few samples for them to try. They even borrowed my tea duck! When I bring in a new batch of samples (about once a month), there is genuine excitement to see what tasty teas their might be.

Admittedly their tastes do favor the flavored, sugary blends but I have gotten raves about Hayes Tea’s Dragonwell and Teas Etc’s White Monkey. They’ve also loved just about everything from David’s Teas that I have brought in. Just as my co-workers expose me to new and better wines, I hope that I am doing the same when it comes to tea. They will probably still drink their daily cups of Joe but it feels good to spread a little love of the leaf. Are you the office tea person? Tell me all about it in the comments! 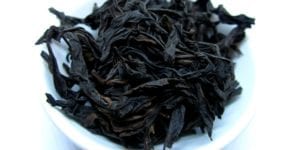 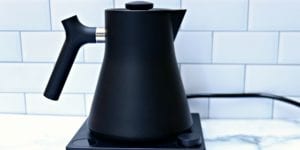 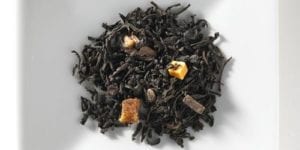