I’m always amazed at how social media connects the tea community. A recent experience with +JalamTeas was a great example of that. I had never hard of this company before but I saw a tweet about a Google+ Live hangout that they would be doing with their founder, Jeff Fuchs. I jumped at the chance to join in. We had some technical difficulties but made due by having one of the people in the hangout Skype with Jeff so that everyone could hear. I was blown away by the information that he shared about the latest shipment of their monthly tea club. It was a raw puerh that he sourced himself in Yunnan. I’ve included the video below if you want to take a peek.

And now on to the tea itself. I received a 100 gram cake, which is a pretty sizable portion. It’s a good thing that tea like this can age for a bit or it might go to waste. The first that I noticed was how large the leaves were. They weren’t as compressed as they appeared because I was able to break it easily with my hands. After a quick rinse, I started my infusions at 30 seconds and gradually increased as I went along. The leaves unfurled quickly and they were very large. I don’t recall having ever seen quite so many buds in a puerh before. It was mellow and sweet with notes of honey, straw and mushroom. I’m generally not a fan of fungi but in this case it was a good thing. Although it was fairly light I did so many infusions that I lost count. I have to say that I am in awe of all of the background information that Jalam Teas provided about the tea. It’s not often that I get to see pictures and videos of exactly where the tea I drink came from. Overall it was a wonderful experience and I highly recommend checking them out.

You can find out more about this tea here. 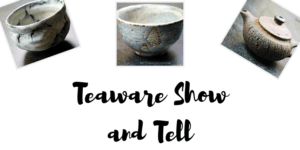 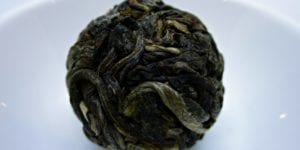 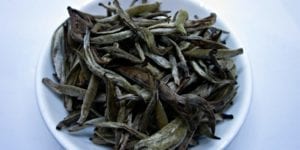