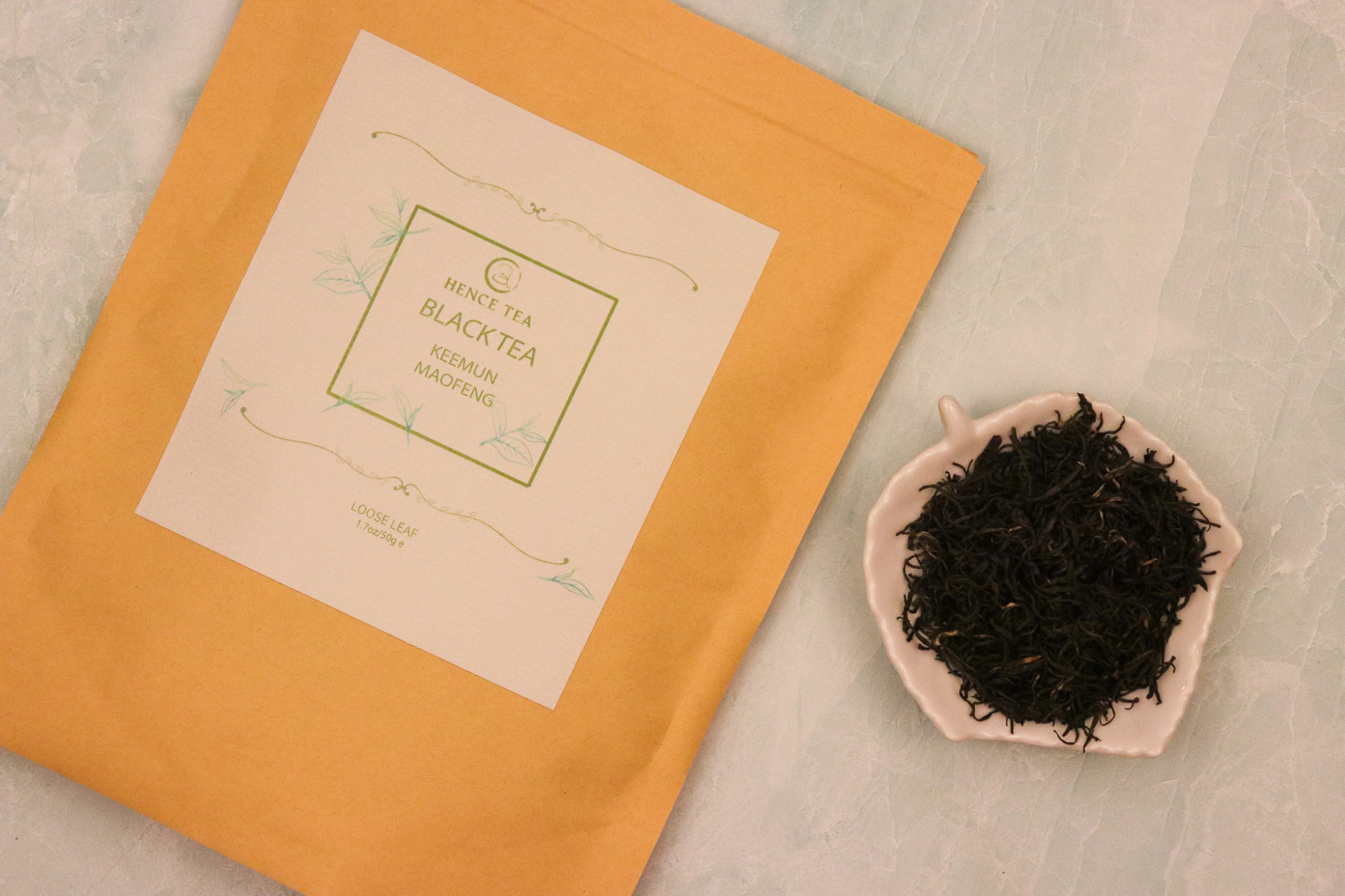 When Hence Tea reached out to see if they could send a sample for review, I was excited to see a Qimen Maofeng among their offerings. For some reason, I don’t receive many samples of classic Chinese black tea like Qimen (you might also know it as Keemun). It is a fairly “young” tea as it was first produced in 1875. Yu Ganchen pioneered it using techniques borrowed from Fujian.

Maofeng is a name that you will commonly see in green tea, but it can also describe black tea. It translates to English as ‘fur peak’ and serves as a grading term. Only the top two leaves and bud is harvested. The leaves are typically not shaped during processing, though there are exceptions to this rule.

The dry leaves were incredibly tiny with a slightly curly shape and uniformly dark color. Under brighter light, I was able to see scattered golden tips throughout my sample. They had a sweet floral aroma. For this review, I prepared this tea gongfu style using a porcelain gaiwan. My water was 212 degrees with a 30-second long first infusion. Subsequent infusions were gradually increased in time from there. Hence Tea Qimen Maofeng also did well when made in a larger mug for a more casual brew.

Hence Tea Qimen Maofeng brewed up a deep reddish-brown liquor. It almost looked burgundy in my white porcelain teacup. The taste was malty and sweet with a pleasant briskness. Floral notes of rose danced around a subtle baking spice that I could not quite put my finger on. Maybe clove? There was some astringency, but it was not overpowering at all. This tea held up well to multiple infusions both in my gaiwan and brewing in a more western fashion.

I would definitely recommend Hence Tea Qimen Maofeng as a great next step for someone who already enjoys breakfast-style blends. It packs a sturdy briskness while also introducing some of the subtlety that specialty teas can give. At about $0.12 per gram, it’s a fairly affordable indulgence. You definitely wouldn’t want to add anything to this tea, though, as that would cover up the more delicate flavors.

Have you ever tried Hence Tea Qimen Maofeng Black? Let me know your thoughts in the comments below!