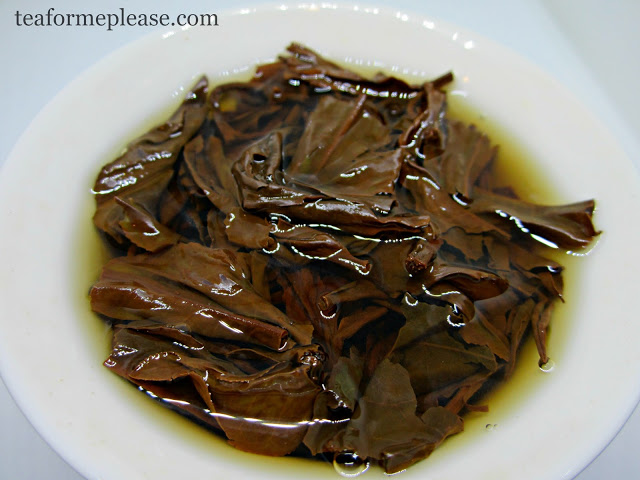 
For some reason, certain kinds of tea tug at my heartstrings more than others. Ruby #18 is one of them. Just the idea of a black tea from Taiwan really blew my mind when I first discovered it. Growing up in a Lipton Orange Pekoe family, a “self-drinking” black tea was completely new territory. The history behind this variety is also pretty fascinating. I will definitely have to revisit my old “Meet the Tea” series so that I can tell its story in another future blog post.

The taste was malty, as you might expect from a tea made from var. Assamica, but it was also mellow with a lot of natural sweetness. Notes of cinnamon spice and dark cacao danced around a vanilla note that almost gave the tea a creamy quality. By gradually increasing the infusion time I was able to get an impressive number of infusions from 6g of leaves. I found myself still drinking after most of the flavor had faded because it still had a really nice sweetness.

Feel free to experiment with your brew times and leaf ratios. Ruby #18 can take the heat like few other black teas can. Bitterness is rarely an issue, even when they are pushed fairly hard. If you’ve never had the opportunity to try “red jade” then I highly recommend that you treat yo’ self by picking some up. You won’t be disappointed. Their Honey Red Jade is also definitely worth trying.