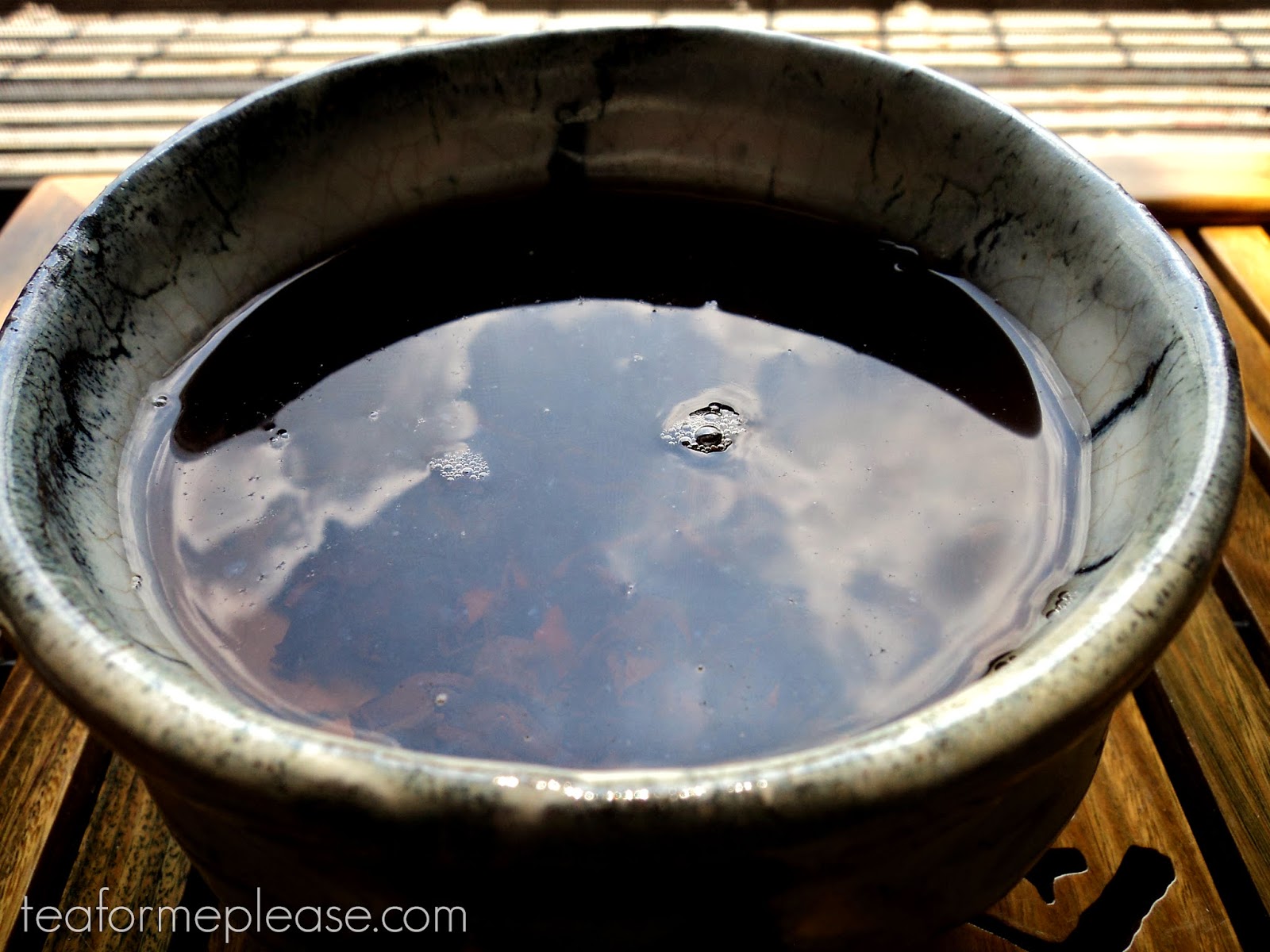 My June shipment from +Global Tea Hut arrived a bit jumbled up but they were kind enough to notify me that there might be an issue before I even opened the tin. A replacement is already on its way to me now. Talk about good customer service! Thankfully I’ve got the July tea to keep me company until then. The gift was a very nice bamboo trivet. I don’t usually use one when making tea so I passed it on to my mother.

This month’s tea was originally going to be raw puerh but the weather did not cooperate so the leaves were made into a red tea instead. This particular type of tea is called Dian Hong. Dian is a nickname for Yunnan Province where this tea is made and Hong means red. Compared to the Golden Vajra from May, this one was sweeter with a more refined taste. Even though the weather has gotten much warmer I am still finding myself craving and loving darker teas.

I was enjoying my bowl of tea by the window when I caught a shot of a the clouds and blue sky in my teacup. Who knew that my cup of tea was also a reflecting pool?

Global Tea Hut just started doing videos to accompany each tea and magazine. I’ve embedded it below so that you can easily take a look 🙂
Daughter of the Forest was purchased through a subscription to Global Tea Hut.