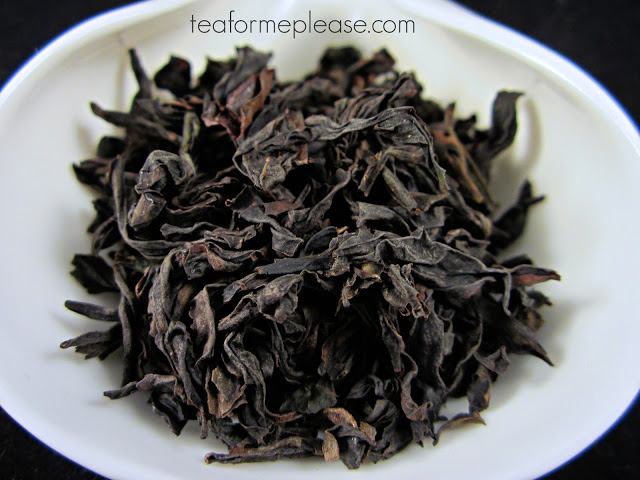 Wuyi oolongs are one of those types of tea that I have fantasies about focusing on exclusively for an extended period of time. Truth be told I love all tea a little too much to do that anytime soon but that just might be my retirement plan. In the meantime, I’ve definitely enjoyed digging into Four Seasons Tea’s catalog.

Tie Luo Han is one of the Si Da Ming Cong, or four famous varieties of Wuyi yancha. The name means Iron Arhat which roughly translates as “warrior monk”. Arhat more closely means “noble one” though. It refers to followers of Buddha that have achieved enlightenment. Legend has it that the plants used to produce this tea were found in a cave by a monk with bronze colored skin.

The dry leaves had the typical yancha toastiness but there was also a surprisingly floral quality that I found really intriguing. That aroma was echoed in the taste, accompanied by a pleasantly lingering minerality. Floral notes can be very hard to pin down to a specific type of flower. It wasn’t quite orchid like you’d find in a Tie Guan Yin but it was something akin to that. Overall it was very smooth with hardly any astringency. I was able to get a lot out of these leaves, losing track at about the eighth infusion. Wuyi oolongs are usually something I crave in cooler weather but this one had a really nice lightness to it.

As a few others in the tea community have noted, Four Seasons Tea’s offerings are far from cheap but they also offer real value. At $5 per serving, I absolutely think it is worth educating your palate on what this tea should taste like. The way I see it, I waste more than that on much more frivolous things than really amazing tea. 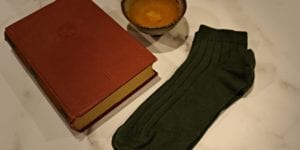 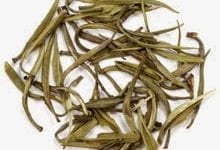 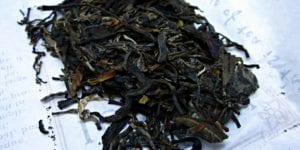