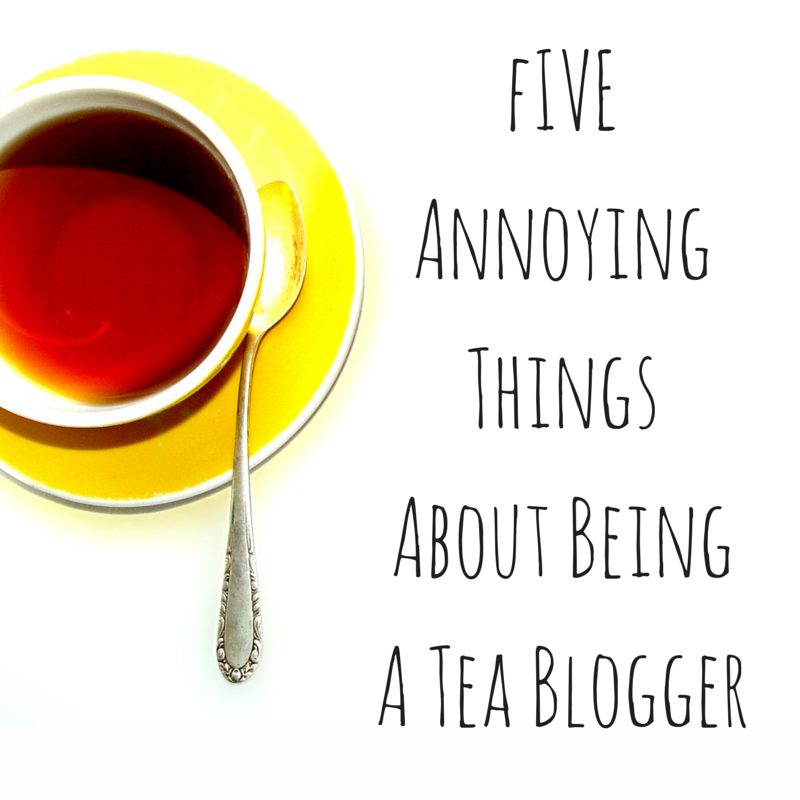 As you probably saw after reading yesterday’s list, I think being a tea blogger is awesome. I wouldn’t trade what I do for the world! That being said, there are downsides to everything. Here are a few of the things that I find annoying about being a tea blogger.

1. People who think that they “get it”.
When I tell people that I’m a tea blogger inevitably the response that I get is, “Oh, that’s cool. I LOVE tea. I drink Sleepy Time every night and I love going to Tea-a-vana (pronounced how I spelled it).”. While there’s nothing wrong with anyone loving either of those things, this is the kind of person who usually zones out and doesn’t want to hear about how much more there is to the world of tea. I’ve had people call what I do dumb, pointless and other not so nice things. Those people have mostly been removed from my life.

2. I have more tea than I know what to do with.
Yes, one of the perks from yesterday’s list is also an annoyance at times. I have so much tea to review and there just aren’t enough hours in the day. Sometimes it really stresses me out and I wish that I could drink tea just for simple enjoyment. Luckily those moments are far and few between.

3. Tea retailers who are impatient and demanding.
I publish five days a week and the blog is usually pre-written at least a month in advance. I understand why this might cause concern for someone who sends samples. That is why I send a very detailed review policy before accepting samples from anyone. Every once in a while a retailer will consider themselves an exception to these rules. Snippy emails, threats, being unfollowed on Twitter; childish behavior like that will never gain respect or reviews of their teas.

4. Companies who don’t take my word for it.
I don’t profess to know everything about tea. However, I do know when a tea is just simply bad. Over the years I’ve had a few companies send me samples that were less than stellar. In some cases, they were downright deceptive. Inevitably when I let these companies know my opinion of their product, their responses are “You aren’t our target demographic anyway.” or “We had to sweeten it for the Western palate.”. You sent samples to me for a reason, don’t brush off my advice because it isn’t what you wanted to hear.

5. Combating trolls and tea snobs.
As I mentioned in yesterday’s post, tea people are generally pretty awesome. Every barrel has a few bad apples, though. There are a select few in the tea world who like to look down on others and flex their keyboard muscles. It’s hard to not let these types of characters get to you but I’ve developed a thicker skin over time.