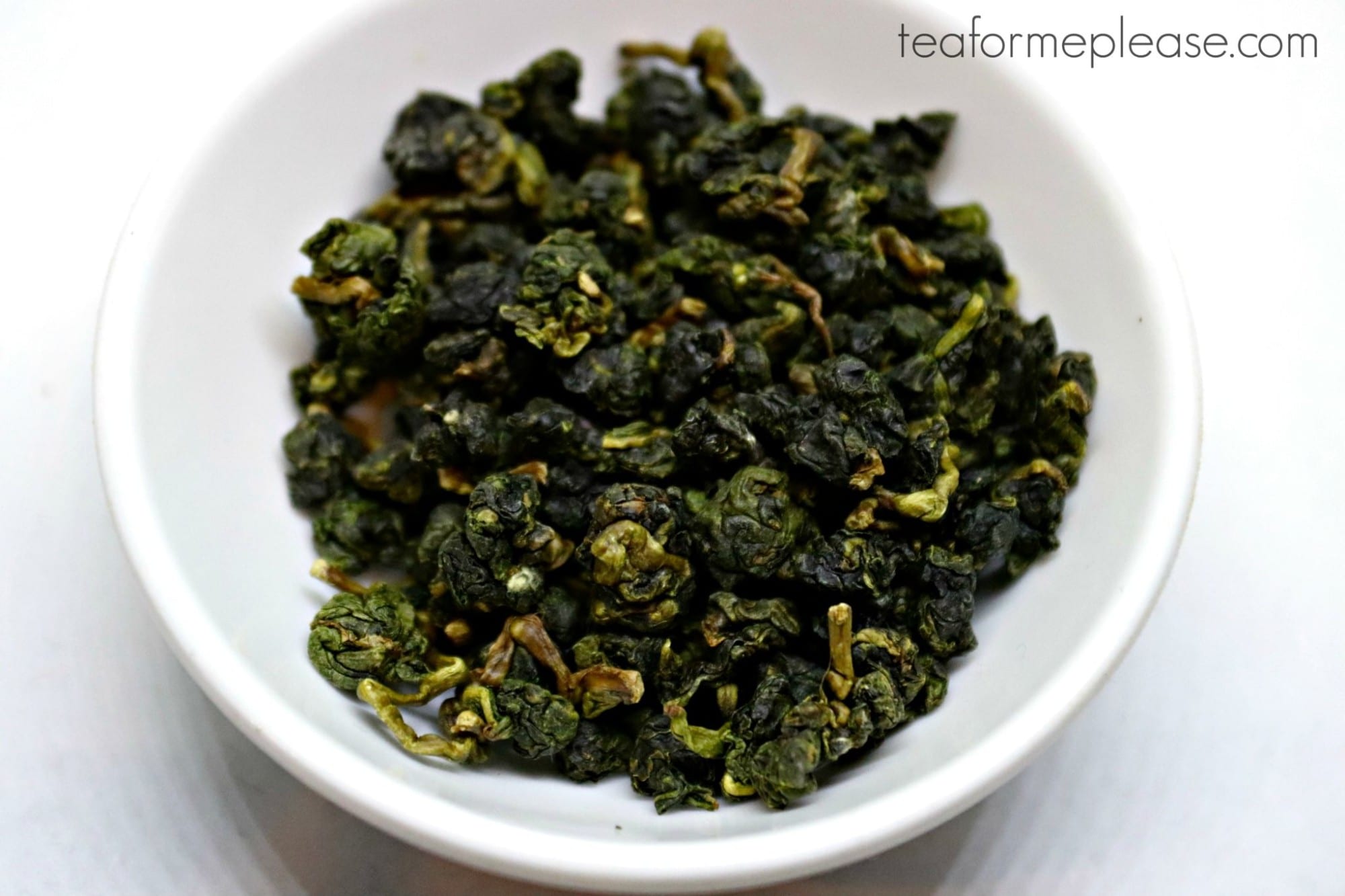 Duarim is an online retailer and wholesaler based in Las Vegas, Nevada, and Taiwan. They are a new-to-me company but I was excited to try their directly sourced teas. There will be quite a few more teas to write about but I am excited to share my first experience with their offerings.

Li Shan, also known as Pear Mountain, is part of the Jade Mountain range in Taiwan. As its namesake might already tell you, this region is a popular resort area in the summer months that is known for growing pears, apples, and peaches.

Cui Feng refers to a specific peak on Li Shan. In order to be a considered “high mountain” oolong, tea should be grown at a minimum elevation of 1,000 meters. This particular one measures up at just over 2,300 meters.

The dry leaf was dark green and tightly rolled into evenly shaped balls. They were quite small in size but don’t let that fool you. My gaiwan was filled to the brim after the first few infusions. The aroma struck me as leaning more on the savory side, not quite like a green tea but still distinctly vegetal. Once unfurled, it was easy to see that this tea was made with the Qing Xin cultivar.

The name translates as “green heart” and it is known for leaves with prominent center veins. It also happens to be one of the most common high mountain oolong varieties grown in Taiwan. There is quite a bit of debate in the tea world as to whether not it is the same as Ruan Zhi, the variety that is used to make Oriental Beauty. I tend to side with David of Tillerman Tea in his stance that Qing Xin is a mutation of Ruan Zhi.

Li Shan Cui Feng brewed up a greenish shade of yellow that almost reminded me of a Japanese green tea. The first infusion started out fairly delicate. It was vegetal with an almost umami-like savory quality. As the leaves opened up the mouthfeel became thick and brothy. Although I wouldn’t say it was a defining note of this tea, the finish had a lovely lingering hint of orchid.

I did find the recommended 4g per 120ml of water to be just a bit light for my preference. That works if you are doing more western-style infusions but 20 seconds was much too short. In my 150ml gaiwan, I bumped the leaf volume up to 6 or 7g and was able to get a much clearer sense of the character of this tea. It never got bitter or astringent so don’t be afraid to push the envelope.

Have you ever tried a Cui Feng oolong from Li Shan? Let me know about it in the comments below!