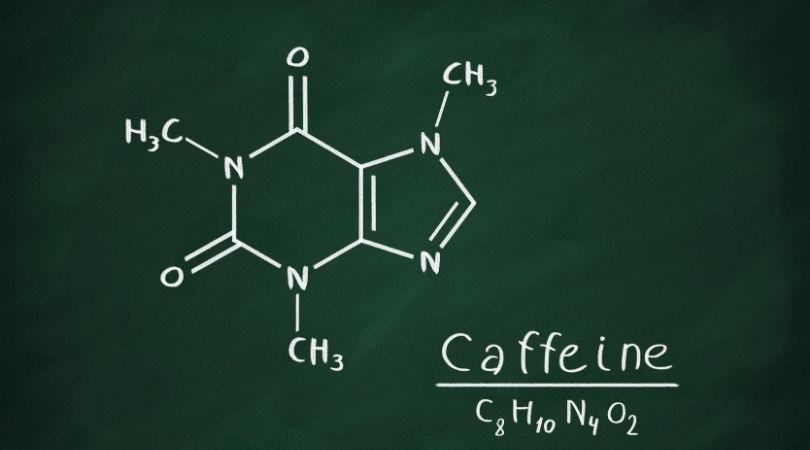 The caffeine content in tea is something that I get asked about quite a bit. There are many misconceptions out there, so I thought it would best to tackle this topic in a blog post. For starters, all tea comes from a single species of plant called Camellia Sinensis. Herbal infusions like mint, chamomile, or rooibos are not included in that group and do not contain caffeine. There are some exceptions to that rule, like Yerba Mate and Guayusa. For the sake of simplicity, we will be focusing only on Camellia Sinensis.

Caffeine is a natural stimulant found in tea. It is structurally similar to adenosine, a neurotransmitter that plays an important role in regulating sleep cycles. Adenosine builds up over the course of the day, triggering our bodies to rest. Caffeine binds to adenosine receptor sites in the brain so that rather than slowing down we feel energized. It also partially responsible for the bitter tastes that we experience in tea.

There are many long-standing myths about caffeine in tea. For years, at-home decaffeination was touted to consumers as a solution for those with sensitivities. There are many different versions of charts listing black tea as having the highest amount of caffeine and white as having the lowest. The actual numbers given tend to be all over the map. We now know that things are not quite so black and white.

These misconceptions about caffeine content in tea stem from early studies that were done using poor-quality tea bags and small numbers of samples. There are many origins and processing styles within each category, so it isn’t really possible to generalize based on a handful of teas. This presents a quandary for the industry because consumers demand that sort of information even we aren’t really able to give a concrete answer. Unless the individual batch of tea is tested in a lab, it is not possible to give an exact measurement.

So, what factors determine caffeine content in tea? They include but are not limited to:

Which Type of Tea Has the Most Caffeine?

The most basic answer is that matcha has the highest caffeine levels because you consume the entire tea leaf. Shading is also a factor there, making gyokuro a good choice if you’re looking for a pick-me-up. The Assamica variety of the tea plant has been proven to be higher in caffeine, so look for teas from regions where it is more common, like Yunnan, India, and Kenya. CTC black teas utilize a larger surface area to give more caffeine in the cup. Caffeine is also concentrated in tender buds, where it serves as an insect repellent. Silver needle white tea and bud heavy green or black teas will pack more punch for that reason.

Which Type of Tea Has the Least Caffeine?

Hojicha and kukicha are good choices because they are primarily made from stems. Late harvest bancha is will also have a lower amount of caffeine. Roasted and tightly rolled oolongs are also recommended because they take longer to extract fully. Some studies have found that the fermentation process of shou puerh lowers caffeine levels. Cold brewing is also a wonderful way to reduce caffeine while making smooth and tasty iced tea. Many tea companies are now touting Camellia Crassicolumna as a caffeine-free alternative, but that has not yet been proven.

I think it’s important to understand that the caffeine content in tea can affect each person differently. There are also many other substances in tea that affect our brains. I often drink tea right before bed, but I know many others who do not have that luxury. It may take some time to experiment and find what works best for you if you are particularly sensitive. Please consult your doctor if you have medical concerns about this.

Did you have misconceptions about caffeine content in tea when you first started? I’d love to hear from you in the comments below!

CAFFEINE AND TEA: Myth and Reality