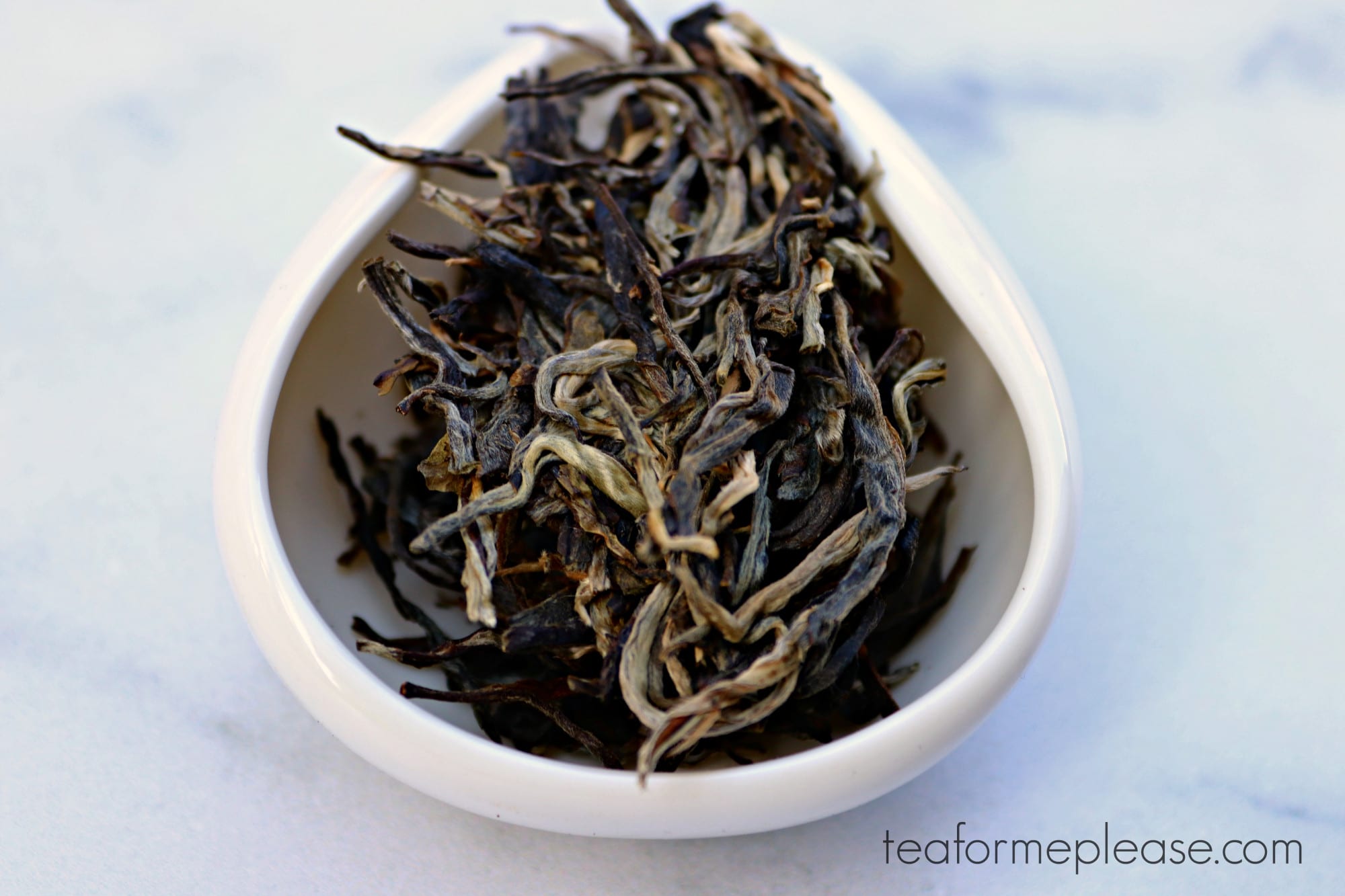 Lao Man E is a region of Yunnan that has become quite well known for its bitter puerh. It has been years since I’ve had tea from there so I was really intrigued when I saw The Bitter End come up on Bitterleaf Teas’ website. Nothing says ‘Drink Me’ quite like a skull and crossbones! I personally enjoy bitter, astringent teas so I was more curious than worried when I finally got to give it a try.

Lao Man E has two different varietals, one is considered sweet and the other is considered bitter. This tea is made with the sweeter material. If you’d really like a punch in the face, Bitterleaf offers an Xtra version of this tea that is made with the bitter varietal. I’m super tempted to try that one too but haven’t ordered it yet.

My 15g sample was barely compressed. Oolong Owl noted that her cake was fairly loose as well. The leaves were fairly large with plenty of silver buds visible. I used 8g of leaf in my porcelain gaiwan as I would for any other puerh. This is the amount of leaf that I use for most puerh so it just felt weird to use less tea. I did dial back my infusion time to 15 seconds to avoid overdoing it. Once unfurled the leaves were big and juicy looking with thick stems. My pictures really didn’t do them justice, no matter the angle that I tried.

The Bitter End brewed up a pale gold color. There were so many trichomes floating in my cha hai that it almost looked cloudy. I braced myself for that first sip but I was surprised by how sweet it was. Don’t get me wrong, it was definitely bitter but not in a bad way. That aspect came across as sharpness at the front of each sip rather than being uncomfortably bitter. That was accompanied by a pleasant and warming hui gan. Later infusions became progressively more and more floral.

I have a high tolerance for astringency so while I enjoyed it, I will say that this tea is not for everyone. Cwyn’s Death by Tea had a markedly different experience than I did. Part of that can definitely be chalked up to the tea having time to settle down. I tasted this tea in March of 2019 (yes, my backlog is that long) while she tried it very shortly after it was released.

I recently tasted this tea with my husband on our YouTube series, Husband Tea Torture. His tasting notes were VERY different from mine but they just might give you a laugh.